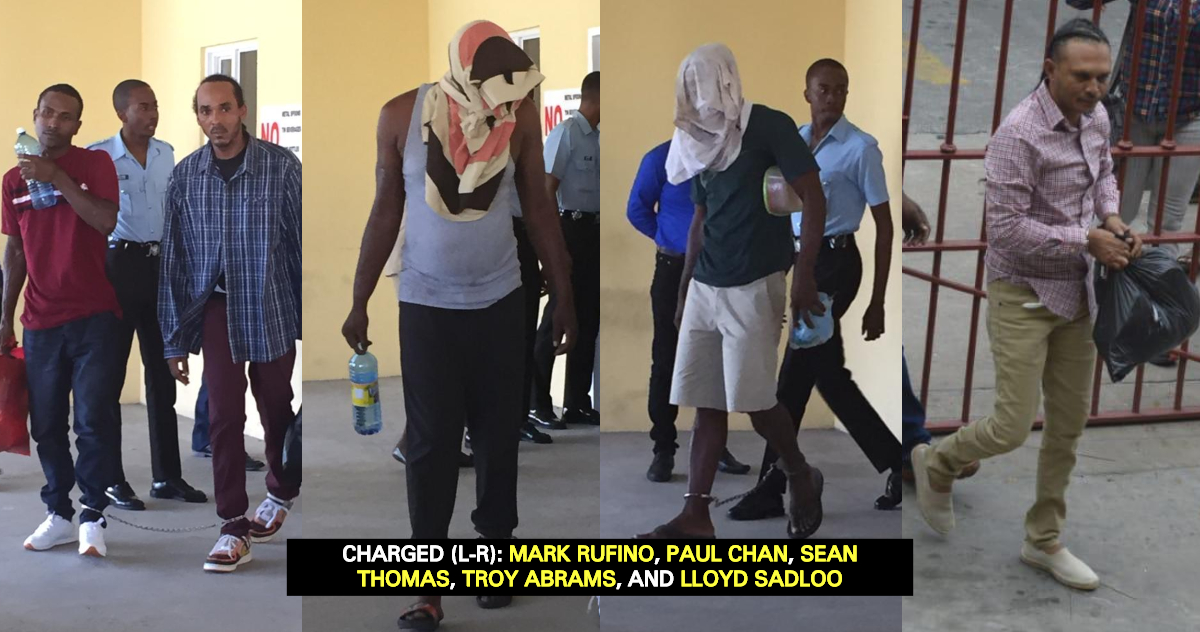 The five men who are accused of gunning down Better Hope moneychanger Aaron Latchman and his daughter during the course of a robbery were moments ago charged with the offence at the Sparendaam Magistrates’ Courts.

While seated in the prisoner’s dock, the men all seemed agitated. They began saying, “This is a cook-up story; y’all trying to set we up because y’all want get stripes.” The men further lamented, “We were nowhere around there when the murders happen. Police does just want hear we names and they does come fuh arrest we.”

Soon after, Magistrate George exited her chamber and read the charge to the men.

The men were not required to plead to the indictable charge which stated that on June 4, 2019, at Better Hope, East Coast Demerara, they, while in each other’s company, murdered Aaron and Arianna Latchman during the course of a robbery.

According to information, on the day in question Latchman and his 19-year-old daughter were gunned down during a robbery. Aaron and Arianna Latchman were killed when they were confronted by armed bandits who carried away a bag containing cash.

Reports are that the teen was attacked and shot to her chest when the bandits entered the house through the back door and began demanding cash. It is suspected that the robbery was planned and might have been executed by persons in neighbouring villages.

The men then made good their escape in a white Toyota Carina 212 motorcar.

Meanwhile, a postmortem examination performed on the bodies of the victims revealed that the money changer was shot three times — twice to the right side shoulder and once to the left. His daughter sustained one gunshot wound to the chest.

Both victims died at the Georgetown Public Hospital after being ambushed around 15:15 hrs on the day in question.

The men were remanded to prison until August 15 for statements.