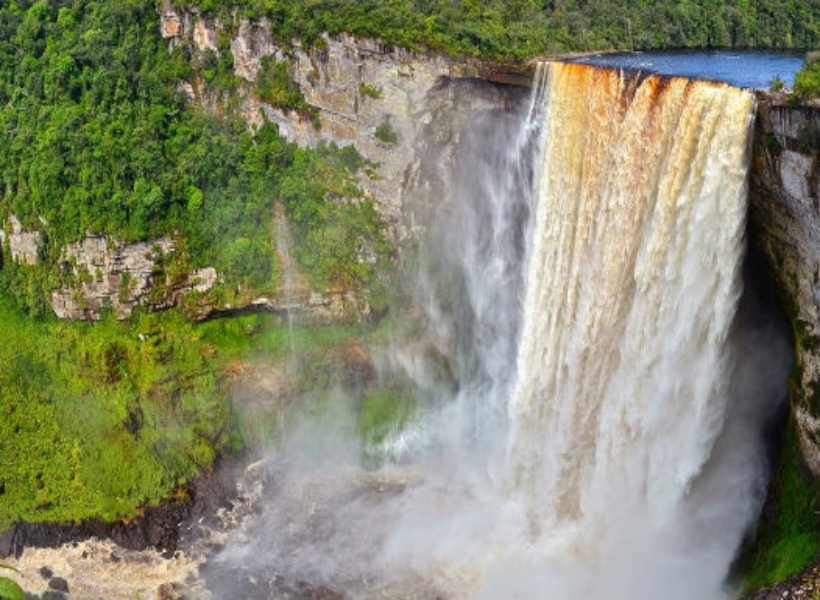 Over the past year, Guyana has managed to secure several accolades in the tourism sector from major tourism bodies across the world, earning us the most prestigious title of being the number one eco-tourism destination in the world.

This has resulted in a noticeable increase in the number of visitors coming to Guyana. Moreover, with each visitor spending roughly $222,000 per trip, the tourism sector has been making significant contributions to the Guyanese economy, as revealed by Director of the Guyana Tourism Authority (GTA), Brian Mullis.

“The net result is that travel and tourism as a sector injected approximately $62.6B directly into Guyana’s economy in 2018; that means that tourism is the second-largest export sector in the country after gold and ahead of rice,” Mullis disclosed in a press briefing held in the Sophia Exhibition Centre Boardroom earlier today.

With such a large contribution to the Guyanese economy, the travel and tourism sector has contributed roughly 7.8% to the country’s overall GDP. In doing so, with its constant rise, the sector has also been creating thousands of jobs, according to Mullis.

“That drives directly an approximate 8,500 jobs; that’s direct employment and, in terms of indirect and induced employment, it’s a total of 22,000 jobs as estimated by the World Travel and Tourism Council.”

Minister of Business, Hon. Haimraj Rajkumar, pointed out that while Guyana was not known for tourism, efforts by the government and the Guyana Tourism Authority (GTA) has changed that, resulting in the significant increase in visitors to the country.

“Interestingly, more people are being interested in coming here and, as alluded by the director, we received over 286,000 persons visiting us in 2018, and this represents a 15.9% increase from 2017, and from January to May this year there was a 9.2% increase in visitation over the corresponding period of 2018.”

Minister Rajkumar, in alluding to the priority the government will be placing on tourism development, revealed that they will be pushing for more concessions to encourage more investment in the sector to meet the growing market demand coming from the travel and tourism sector.

Mullis highlighted that some of the upgrades he would like to see for the sector would be along the lines of vehicle upgrades in the form of more 4x4s which are eco-friendly, larger transit vehicles for larger groups, and incentives for expansion of existing lodges especially in the interior which is where most of the tourists tend to gravitate towards.

The GTA director also disclosed that most of these visitors come from the United States of America (USA), Canada, and the United Kingdom (UK), while the GTA is investing in European markets as a means of focusing on specific target groups with a predisposition for the type of tourism offered in Guyana. (Department of Public Information)