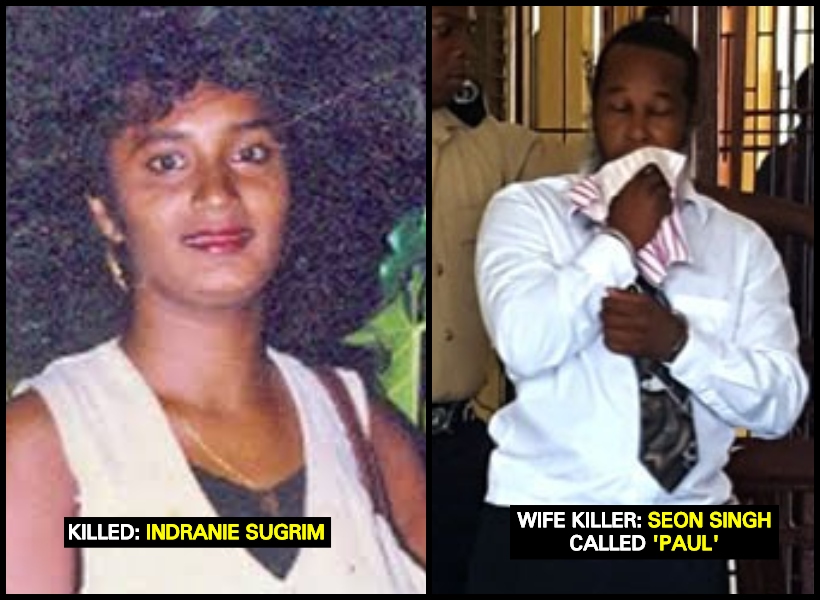 A 46-year-old man who pleaded guilty to stabbing his reputed wife to death was earlier today sentenced to 30 years’ imprisonment. The man, Seon Singh, appeared before Justice James Bovell-Drakes at the High Court in Demerara.

On June 18, Singh who was initially indicted for murder, pleaded guilty to the lesser count of manslaughter, thereby admitting to unlawfully killing 39-year-old Indranie Sugrim on November 25, 2012.

Reports are that the couple was involved in a heated argument during which Singh armed himself with a knife and stabbed the woman several times, causing her death. The killing occurred at their 503 Block ‘Y’ Cummings Lodge, Greater Georgetown home. He later escaped but was arrested shortly after. Sugrim was a mother of three.

Through a probation report, the dead woman’s mother expressed that Singh was a very jealous man and that she had begged the couple to part ways due to the abusive relationship they shared.

The woman, nevertheless, begged the court to serve justice for her daughter’s killing. Singh, when given a chance to speak, said he would constantly think about what happened and wished they had sat and talked things through.

“The number of injuries you inflicted to your partner made me cringe,” the Judge told Singh as he reminded him that this was the woman he loved.

Nonetheless, the judge imposed the custodial sentence and urged Singh to use his time in prison to reflect on his shortcomings in life.