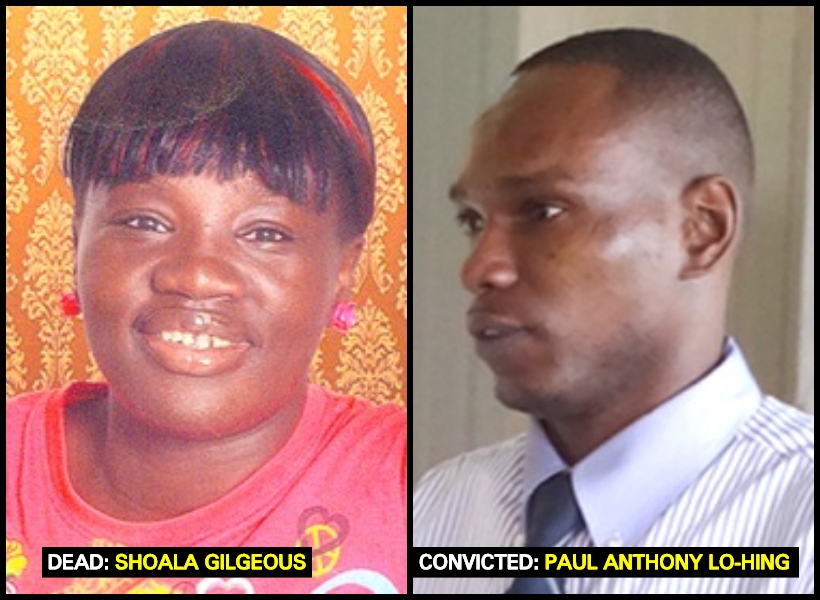 A man who strangled his common-law wife and was convicted and sentenced to 83 years’ imprisonment in 2014 must now only serve 30 years after the Court of Appeal substituted the initial murder conviction with manslaughter.

In December 2014, a jury found Paul Anthony Lo-Hing guilty of murdering Shoala Gilgeous on August 6, 2012 at their ‘E’ Field, Sophia, Greater Georgetown home. Lo-Hing, through his lawyer Everton Singh-Lammy, appealed the conviction and sentence, contending that the verdict of the jury cannot stand based on the evidence adduced at trial. The convict had also contested the severity of the sentence.

In allowing the appeal, among other factors, the Court of Appeal held that Trial Judge Navindra Singh failed to consider and put to the jury the defence of self defence and provocation since, on the fateful day, Lo-Hing and his wife were heard by neighbours quarrelling; the couple subsequently became engaged in a fight. The Court also noted that a postmortem examination showed that Gilgeous received injuries that were consistent with someone who was on the defence.

The Court of Appeal said that the defence of an accused person, no matter how tenuous, must be considered and put to the jury in the interest of ensuring a fair trial.

In arriving at a sentence for Lo-Hing, Justice Singh started at a base of 60 years. The Judge added 10 years to the sentence for the cruel manner in which the woman met her demise; 10 years for evidence of an intention to kill; and six years because the case was a domestic violence related matter. Three years was taken off by the judge for the time the convicted killer spent on remand pending trial, thereby bringing the sentence to 83 years.

The Court of Appeal, however, held that the basis for which Justice Singh arrived at a base of 60 years was unknown. The appellate court acknowledged that the Trial Judge did provide reasons for the aggravating factors which led to an increase in the sentence.

From the 30-year sentence that Lo-Hing now has to serve the Court of Appeal ordered that time already served be deducted.