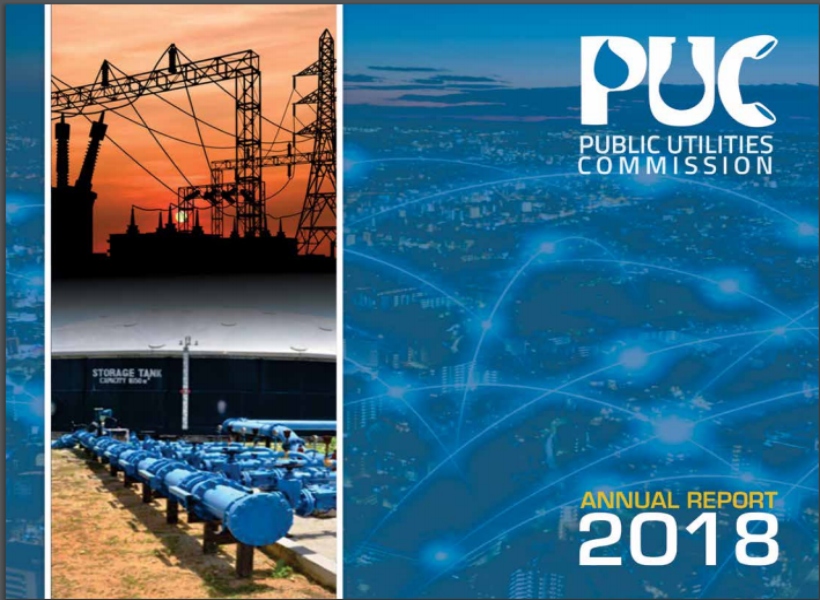 In November 2018, the Guyana Power and Light Inc. (GPL) submitted its “Development and Expansion Five-year Programme (2018-2022)” to the Public Utilities Commission (PUC). But the Commission, in its 2018 Annual Report, states that GPL’s financial projections were reviewed over the life of the programme and it was found that the company will incur an accumulated operating loss of approximately $21B.

The programme sets out a one-year and five-year projection of the company’s anticipated operations together with an execution plan detailing its intention to meet the projected demand for power over the next fifteen years.

The Commission says that it has reviewed the company’s financial projections over the life of the programme, which states that GPL’s anticipated capital expansion program is pegged at US$253M, of which US$200M would be financed through equity.

This “disquieting” feature of the programme, the PUC stated, is GPL’s purported reliance on debt capital to fund its operations during this period.

“This will trigger a significant increase in GPL’s liabilities at the end of the programme and there are reservations by the Commission that this debt may prove unsustainable for the company.”

Meanwhile, GPL was slapped with a fine from the PUC for its failure to improve services.

In the first quarter of 2018, the Commission, as required by law, reviewed GPL’s 2017 Operating Standards and Performance Targets (OSPT) and determined that the company had failed to improve its service as against its 2016 standards.

As a consequence, the Commission imposed a 5% fine of the total value of dividends payable to the company’s shareholders.

The PUC believes that its stance sends a strong message to the Utility company which “should, in turn, motivate it to strive to achieve optimum standards.”

The Commission, however, commended the company for its implementation of the programme of Advanced Metering Infrastructure (AMI) type metres. At present, the metres are read manually. The company has assured the Commission that in the near future it plans to implement the remote retrieval of metre readings for accurate and efficient billings.