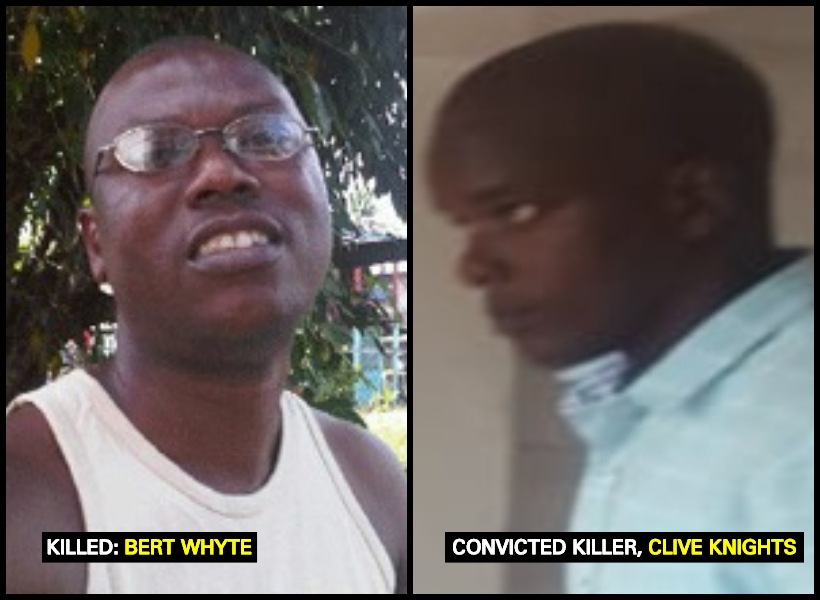 Clive Knights was today sentenced to 30 years behind bars after the Court of Appeal substituted his initial murder conviction with the lesser offence of manslaughter. Knights and his lawyer Dexter Todd had contested a murder conviction and sentence for the May 12, 2012 killing of Berth Whyte, a former Guyana and Trinidad Mutual Life (GTM) Insurance executive.

Knights was initially sentenced to 57 years behind bars by Justice Navindra Singh after a 12-person jury found him guilty of murder in 2015. Through his lawyer, Knights had asked the Court of Appeal to reverse and/or set aside the conviction.

This morning, the Court of Appeal, consisting of Chancellor of the Judiciary Yonette Cummings-Edwards and Justices of Appeal Dawn Gregory and Rishi Persaud, set aside the murder conviction, thereby substituting it with manslaughter. The Judges then imposed a sentence of 30 years and ordered that the time Knights already spent in jail is to be deducted.

In arriving at such a decision, the Court of Appeal accepted Todd’s point that the jury should have been given the option by the trial judge to consider a manslaughter verdict given the circumstances surrounding the killing.

Based on information, Knights killed Whyte, 44, a resident of Lot 79 Phoenix Park, West Bank Demerara. Whyte was found with stab wounds to his chest. According to court facts, Knights admitted to killing Whyte in a caution statement. It was reported that in the caution statement, Knights said that Whyte had expressed a desire of being in a relationship with him, but he refused.

Knights further said that Whyte had accompanied him to a bar where they had a few beers. In the statement, the convict said that he remembered going into Whyte’s car where he fell asleep, and afterwards felt someone’s fingers at his anus. Knights said that he opened his eyes and found Whyte’s head between his legs performing oral sex on him.

The convict, according to the statement, said that he had an ice pick, which he said he used to stab Whyte before driving away with his car. Government Pathologist Dr. Nehaul Singh confirmed that Whyte had died from haemorrhage and shock due the perforation of the heart and lungs as a result of the stab wounds he sustained.

Based on reports, Knights had fled the scene after the killing which led to police issuing a wanted bulletin for him. He was later arrested at a road block along the Soesdyke-Linden Highway.