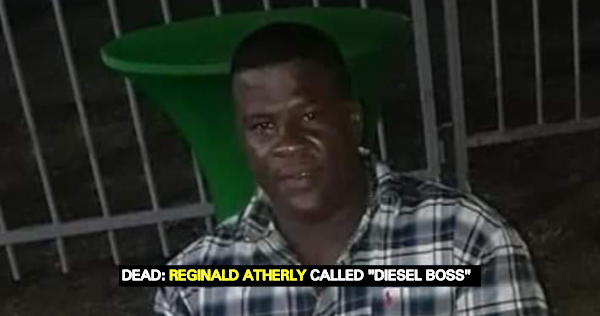 A 44-year-old mechanic was gunned down during early this morning at his Guyhoc Park, East La Penitence, Georgetown home. This was around 04:00 hrs.

The deceased has been identified as Reginald Atherly called “Diesel Boss” of Lot G26 Guyhoc Park. He operated a mechanic shop at his home. The circumstances of the shooting are unclear at this point but Atherly’s relatives do not believe it was a robbery.

Investigators said that the deceased sustained more than seven gunshot wounds about his body.

According to information received, the two bandits gained entry into the house by removing louvre windows. They then confronted the victim, who at that point, had gotten up and was heading to the bathroom. The father of five was shot immediately. The masked men did not demand any cash or jewellery.

The deceased’s wife, Marlyn, said that when she heard the gunshots and got out of her bed, the men were making their way out of her home.

Her husband was already dead. He was taken to the Georgetown Public Hospital Corporation where he was officially pronounced dead.

Relatives are asking the police to conduct a thorough investigation into the murder of the mechanic.