Home Agriculture Farmers not paying their dues; over $1B owed to MMA/ADA 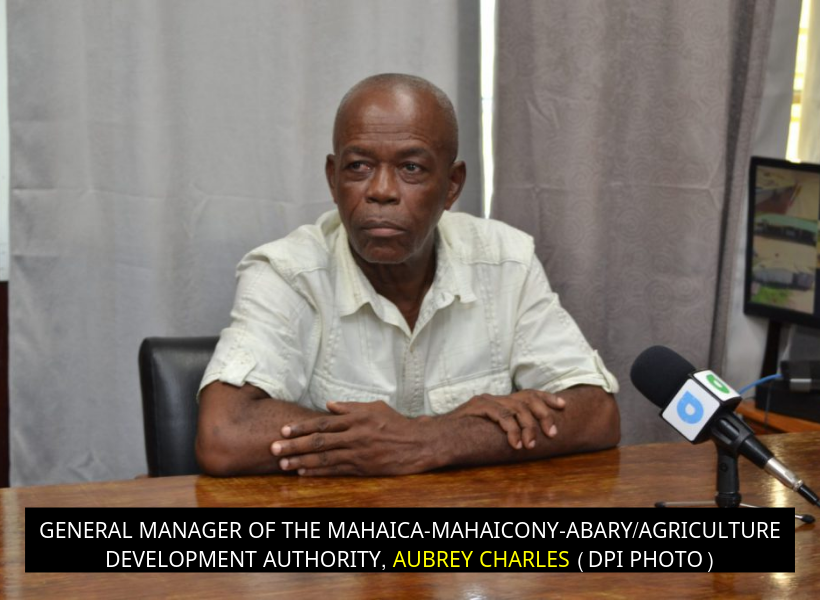 To date, more than $1B is owed to the Mahaica-Mahaicony-Abary/Agriculture Development Authority (MMA/ADA) by farmers in back charges. These non-payments have resulted in the authority not being able to provide adequate services, particularly in the areas of maintenance and drainage works.

According to a report from the Department of Public Information (DPI), the authority has been trying its best to meet with the farmers and has even proposed a payment plan option but the farmers have refused.

The authority has, however, dispatched an excavator from the National Drainage and Irrigation Authority (NDIA) to aid with drainage works along the Mahaicony façade.

According to the DPI, these works are being carried out even though the very farmers who are set to benefit from this intervention have refused to pay their owed fees to the MMA/ADA.

General Manager of MMA/ADA Aubrey Charles was quoted as saying, “Farmers have not been paying MMA; they have not. Now, there was a period of time when we were doing all of these works and we were not receiving any money, but the Ministry of Finance has made it clear to us, that we have to collect the money owed from the farmers to carry out the necessary maintenance work.”

Further, the MMA/ADA has been sending out notices to the farmers all along the Mahaicony River. However, some farmers in the First Savannah area have refused to pay their due.

“If we are supposed to collect $100M to cover the cost of maintenance and we only collect $60M, it means we can only do 60% of the works. It’s simple; we can only do 60%, the 40% has to come from the farmers who are not paying,” Charles told the DPI.

Despite these non-payments, the authority has still been trying to have works done in the area as Drainage and Irrigation.

“For the past two weeks, unusual and high rainfall has been pounding this area and since the starting of this month we have dispatched an excavator from NDIA and it has been assisting individual farmers in improving the low spots on the land and clearing the drains so they can have faster drainage,” Manager of the MMA/ADA, Mahendranauth Ramjit, told the DPI.

In addition to this, the Pine Ground Pump Station has been working around the clock for the past two weeks to assist with faster drainage along the façade. The engineering team had identified some threats to overtopping along some points of the canal but the MMA/ADA is working to reinforce these weak points.

Ramjit also responded to a report from one of the daily newspaper outlets that the lands at First Savannah were flooded and alleged that losses incurred were over $7M.

“We have not seen any loss of crop or verified that any losses have occurred. We have staff in the area, they check the area and they have not verified any losses thus far,” Ramjit emphasised. (Extracted and Modified from the Department of Public Information)