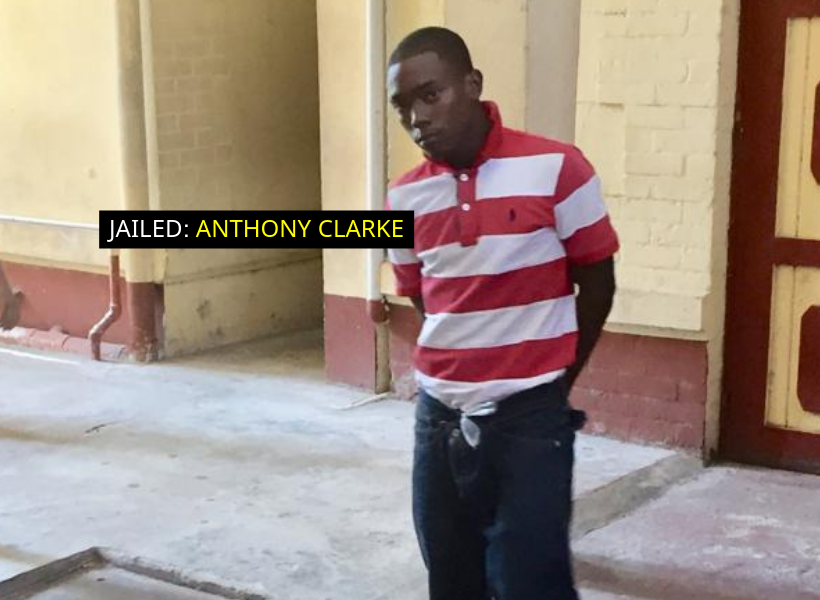 “I am sorry for what I did. I did it because I was frustrated,” were the words of 21-year-old Anthony Clarke who was sentenced today to one year behind bars for robbing a Cuban national of his valuables.

He pleaded guilty to the charge which stated that on August 22 at Queenstown, Georgetown, while armed with an ice pick, he robbed Carlos Manuel Santana of a wallet valued at $4,000, two Cuban passports valued at $12,000, and $4,000 in cash.

Facts presented by Police Prosecutor Sanj Singh stated that on the day in question at around 12:00 hrs, the victim and his wife were walking along Queenstown when they were approached by Clarke who was armed with an ice pick. The court heard Clarke relieved Santana of the articles mentioned in the charge.

However, Clarke, in an attempt to make good his escape, was apprehended by public-spirited persons after the couple raised an alarm.

He was then taken to the station where the stolen articles were found in his possession. The court heard that while in custody Clarke admitted to the crime.

Magistrate Daly, after listening to the facts, sentenced him to one year in prison.