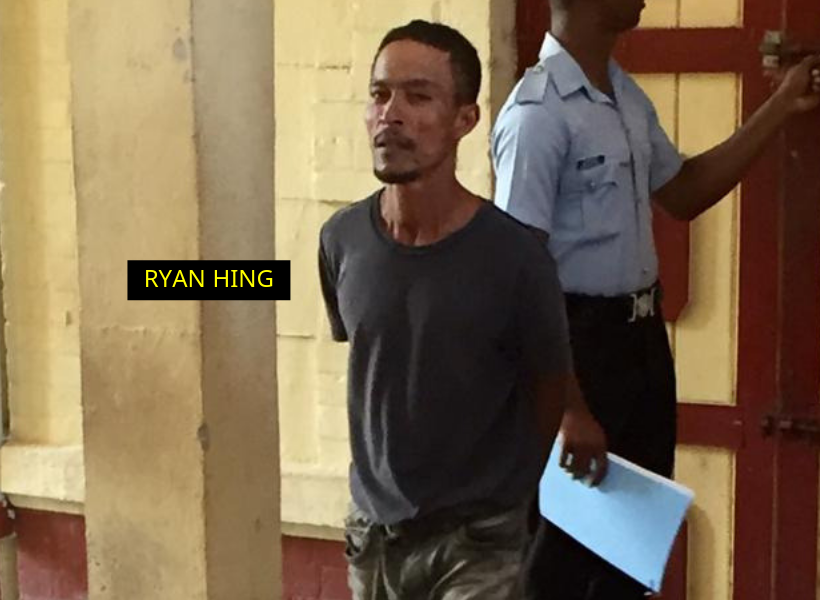 A vagrant who earned an education in French while as a student at Queen’s College was today charged with stealing two deodorants from the Bounty Supermarket. Shortly after he pleaded guilty to the crime, he was deemed competent enough to interpret a court matter involving a Haitian national.

Thirty-eight-year-old Ryan Hing pleaded guilty to the charge which stated that on August 23 at Regent Road, Georgetown, he stole two deodorants, valued at $1,980, which were the property of the Bounty Supermarket.

Hing, in his explanation to the court, said, “I was deported from French Guiana for attempted murder and I am having a hard time getting a police clearance.”

He added that when he returned to Guyana, he was told that his brother sold his father’s house and he was forced to beg and live on the streets.

Hing further said, “I went to Queen’s College and I was in class with Principal Magistrate Sherdel Marcus-Isaacs. I wrote CXC, including French, and was successful. I am sorry for stealing the deodorants but I must admit I returned both.”

Facts presented by Police Prosecutor Gordon Mansfield stated that on the day in question, Hing went to the Bounty Supermarket and was observed by a security guard acting in a suspicious manner. The security guard then approached him and requested to carry out a search and the items were found in his possession.

The police were then called in and he was arrested.

The magistrate, after listening to the facts, sentenced Hing to 80 hours of community service or two weeks’ imprisonment.

Soon after the matter was finished, a Haitian national was brought to court on an assault charge. However, the police informed the magistrate that they were having difficulties procuring an interpreter.

Hing, who was still seated in the prisoner’s dock, upon hearing what the police said, volunteered to interpret the matter for the magistrate.

The magistrate then asked him why he wanted to interpret the matter and he said, “I see that you guys are struggling to get an interpreter and you were generous enough to just give me community service so I want to give my service to my country.”

The magistrate then allowed him to take the stand and, after a series of questions, he was deemed competent and was allowed to interpret the matter.