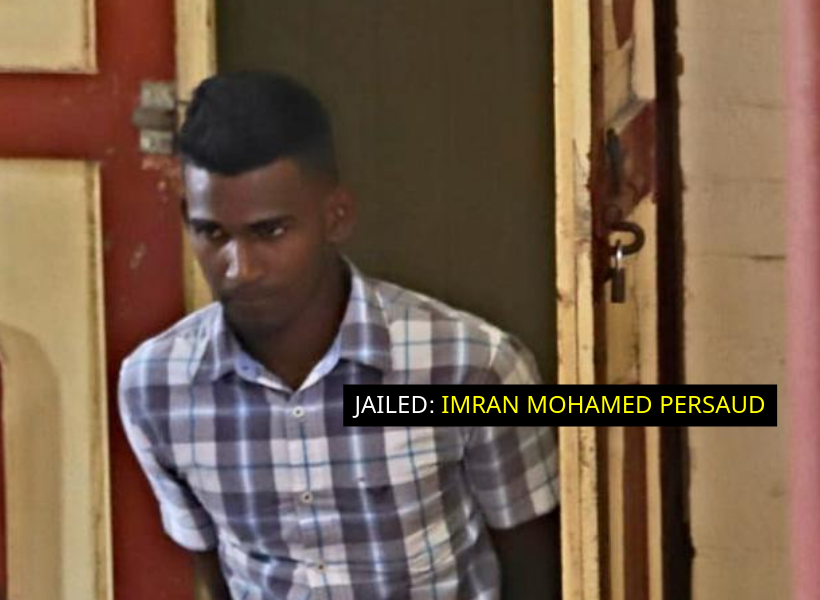 Nineteen-year-old Imran Mohamed Persaud was this morning sentenced to 18 months’ imprisonment after he admitted to robbing his boss of over $500,000, mere days after he became employed.

Persaud of Brickdam pleaded guilty to the charge which stated that on June 1, 2019, at 333 Cummings Street, Georgetown, he robbed his employer Kamran Sheik of $500,000 in cash and one DVR valued at $24,000, and at the time of the robbery he used personal violence against Sheik.

Facts presented by Police Prosecutor Gordon Mansfield stated that the victim is the owner of a furniture store which is located on Cummings Street, Georgetown.

The court heard that Persaud was employed two days before the incident and, during that time, he left the job due to a misunderstanding with his boss. However, he was paid for the two days that he worked.

The Prosecutor added that on the day in question at around 10:00 hrs, the businessman went to work and he observed Persaud and another person sitting in his store. Shortly after, Persaud confronted the businessman and dealt him a lash to his head with a piece of wood. Persaud then relieved Sheik of the cash and the DVR before escaping.

The matter was then reported to the police and, following an investigation, Persaud was arrested. While in custody he confessed to the robbery but the items were not recovered.

The Chief Magistrate, after listening to the facts, sentenced Persaud to 18 months in jail. She also instructed that he should receive counselling while incarcerated.