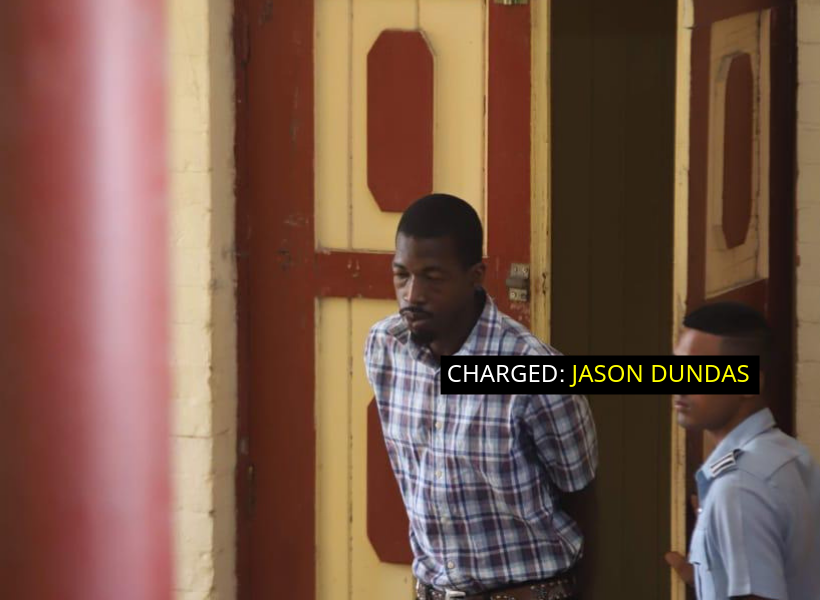 A man who operates a stall at the Stabroek Market was this morning remanded to prison for allegedly trafficking 97 pounds of marijuana.

Jason Dundas, 30, of Ann’s Grove, East Coast Demerara, pleaded not guilty to the charge which stated that on August 22 at Corn Hill Street, Georgetown, he had in his possession 43 kilograms and 772 grams of marijuana for the purpose of trafficking.

Facts presented by Police Prosecutor Gordon Mansfield stated that on the day in question, ranks acting on information went to the defendant’s stall and requested to carry out a search.

It was during the search that the police officers found leaves, seeds and stems suspected to be marijuana wrapped in several parcels hidden in the stall.

The defendant was then arrested and, when told of the allegation, he allegedly admitted, saying, “Is me own; y’all could do wha’ y’all want.”

Prosecutor Mansfield objected to bail being granted to the defendant on the grounds of the prevalence of the offence and the penalty the charge attracts.

The magistrate, after listening to the facts, remanded Dundas to prison until September 25, citing that no special reason was highlighted.