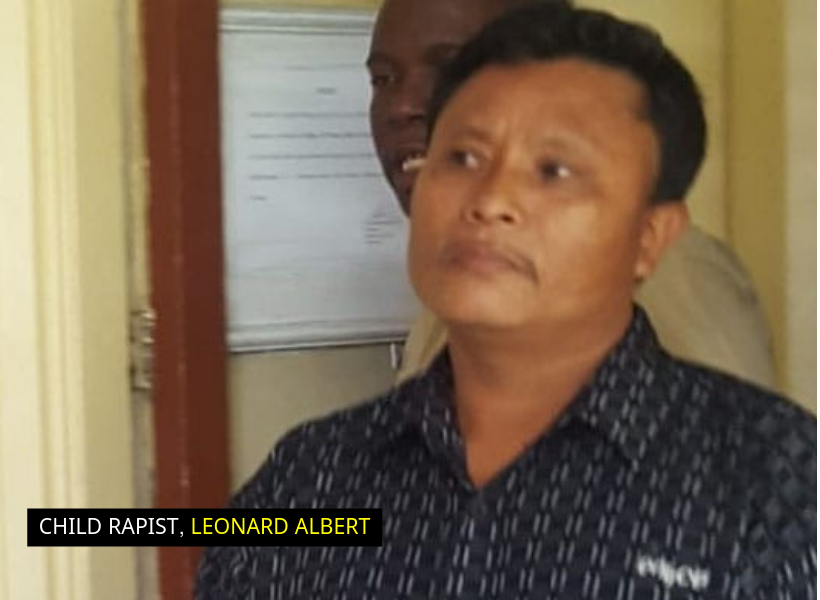 Leonard Albert, a cook, of Port Kaituma, North West District, was this morning handed a 23 years’ jail sentence, weeks after he was found guilty by a jury of sodomizing a 6-year-old boy.

Albert, 45, who was described as semi-illerate, was arraigned before Justice Simone Morris-Ramlall who imposed the custodial sentence at the High Court in Demerara.

Back in July, a 12-person jury returned a unanimous guilty verdict in relation to a rape charge against Albert, a father of five.

According to the charge, on June 09, 2012, Albert engaged in sexual penetration with the 6-year-old boy.

The young boy, who is now 13, expressed that he feels ashamed and betrayed and is angry at himself for allowing Albert to touch him.

As for Albert, he showed no expression of remorse but said he is worried about a $12 million bank loan he took for his home.

State Prosecutor Tuanna Hardy, on the other hand, asked the court to impose a sentence considering the circumstances of the case.

The prosecutor expressed that children are most vulnerable in society and should be protected.

The court was told that Albert is being investigated by police for a similar offence. Not only has the young boy indured physical pain, the prosecutor said that he also suffered psycologically.

The convicted child rapist was represented by lawyer Maxwell McKay.