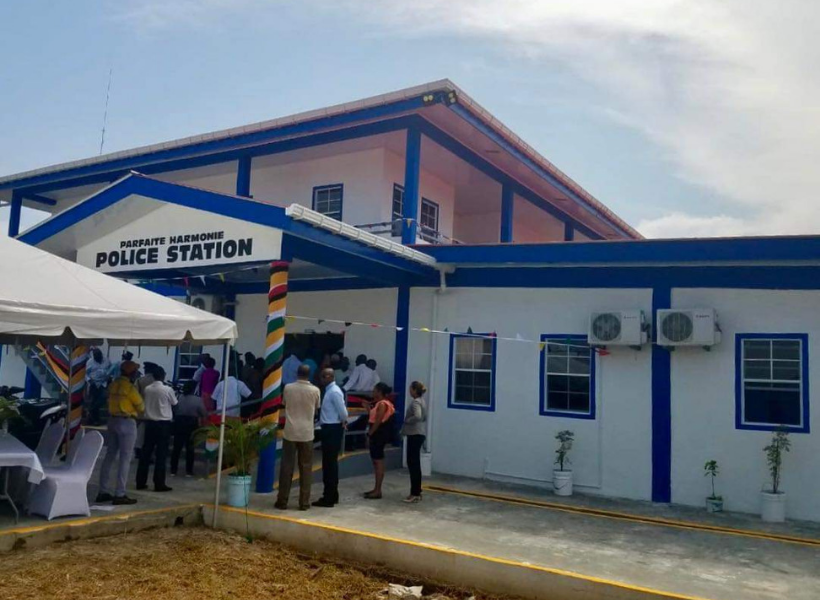 The spanking new facility has an administrative area, registry, lockups for prisoners and living quarters for some ranks who will be required to leave their homes to work at the new station.

The Guyana Standard has been informed that works on the new station commenced in 2017 when criminal activities in La Parfaite Harmonie, Diary, Onderneeming and surrounding communities were on an increase.

At the launch, Commissioner of Police, Leslie James told the gathering that a few years ago while heading the division, he met with residents at the community centre in the area and listened to the concerns they had with security in the area.

“I listened to your cries for more assistance, more responsiveness and more policing. Now I am here as Commissioner of Police to witness a spanking new facility. It will serve the people of West Bank and West Coast Demerara,” James said.

Meanwhile, Ramjattan said with the new building, the police will be in a better position to serve and protect the citizens. “This station was built to provide the necessary policing services to our people.”

He noted that the government, over the years, has invested tremendously in the security sector. “We not only invest in training but also in assets because when the ranks are trained, they need to utilise these assets.”