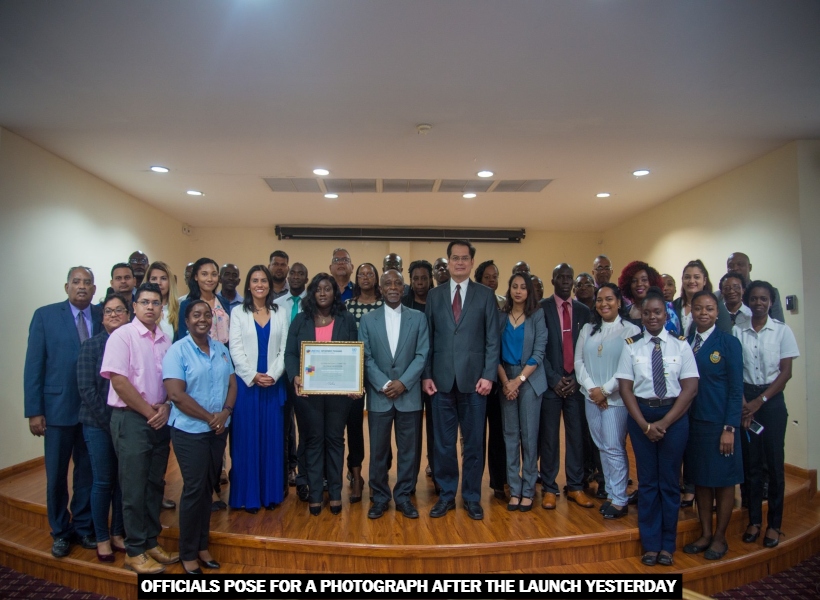 During the launch at the Princess Ramada Hotel at Providence, East Bank Demerara, Foreign Secretary Carl Greenidge reiterated Government’s commitment to realizing the benefits of the World Trade Organization (WTO) Trade Facilitation Agreement (TFA) for the people of Guyana. The TFA was ratified on November 30, 2015 and entered into force on February 22nd, 2017.

The Foreign Secretary noted that the Agreement would “improve the efficiency of our systems and will consequently bring numerous spill-over benefits”.

Greenidge added that a distinctive feature of the TFA was that it had a built-in facility for the provisions for technical assistance and capacity building.

Alluding to the technical assistance that went into realizing the Roadmap, the Foreign Secretary shared that Guyana had implemented the United Nations Conference on Trade and Development (UNCTAD) designed Automated System for Customs Data (ASYCUDA) World System, which is expected to become fully operational by October. This is a critical step in the process of trade facilitation and also provides a basis for the implementation of the Electronic Single Window System (ESW), to which we are committed as a country.

Moreover, he stressed that implementation of key trade facilitation reforms as outlined in the Roadmap would reduce trade processing time by 50% and related transaction costs by 30% by the end of 2024, which would lead to the enhancement of Guyana’s ease in doing business.