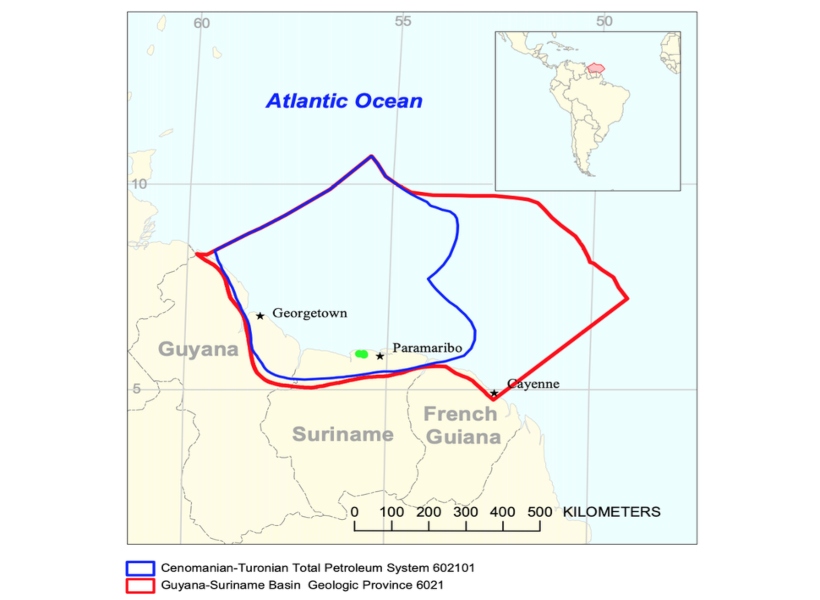 The increase in exploration activity, as well as several successful discoveries by some of the world’s leading oil majors in the Guyana-Suriname basin, have attracted the attention of the U.S Geological Survey (UGSS).

Guyana Standard understands that the entity, which is based in Virginia, wants to conduct a re-evaluation of the basin next year.

Its last assessment of the Guyana-Suriname basin was in 2002. That survey had estimated that the basin held about 13 billion barrels of oil.

According to NY based S&P Global Inc., which provides financial information and analytics on the industry, the basin is due for another assessment given the fact that the ExxonMobil-led group of Guyana’s Stabroek Block has so far made 13 oil discoveries. Less than half of those discoveries are estimated to hold about six billion barrels of oil recoverable resource.

The analytical firm noted that Exxon is now preparing to spud two to three more exploration wells by year-end, starting with one called Tripletail this month. Hess, ExxonMobil and smaller oil partners will drill the Kaieteur block to the north next year.

S&P notes that those figures chiefly stem from oil produced by ExxonMobil’s partnership, which will bring the 120,000 barrels of oil per day via the Liza Phase One project in early 2020.

Guyana Standard understands that the Stabroek Block operator recently approved Phase Two, which would bring on another 180,000-220,000 barrels of oil by mid-2022.

A third development at another field, Payara, should be sanctioned in late 2019. Stabroek alone should produce more than 750,000 b/d by 2025 from five production facilities.

With respect to Suriname, S&P noted that at least four non-commercial wells have been drilled in the last few years by Kosmos Energy and Apache. Be that as it may, S&P said that the next 12 months are expected to be busy for the Dutch speaking nation too.