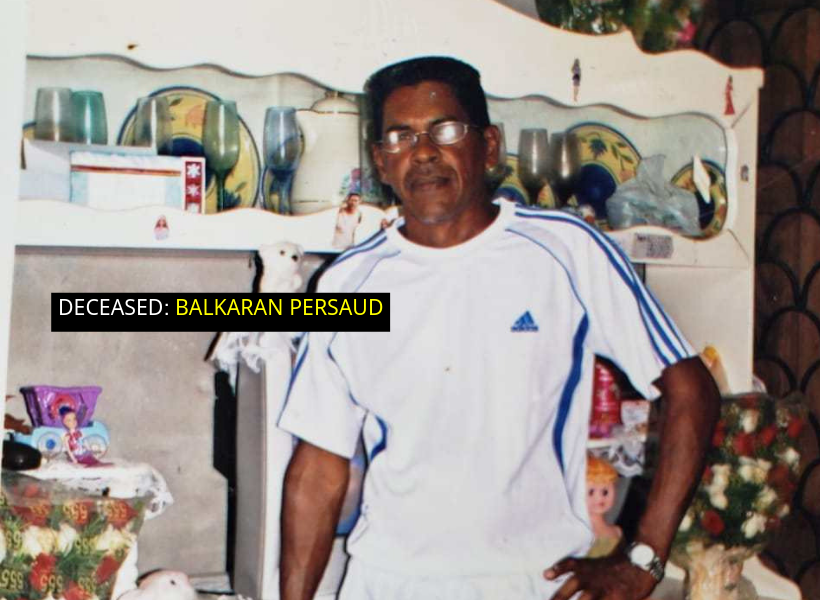 Facebook
Twitter
Google+
Pinterest
WhatsApp
A 57-year-old taxi driver died earlier today after he reportedly ingested the same poison he fed to his estranged wife and daughter. The deceased has been identified as Balkaran Persaud of Second Street, Martyr’s Ville, Mon Repos, East Coast Demerara (ECD).
His estranged wife Kavita (only name given) and daughter are patients at the Georgetown Public Hospital Corporation.
According to information received, the couple separated a few weeks ago because of alleged verbal abuse by her husband who was an alcoholic. The Guyana Standard was informed that earlier today, the woman took her daughter to the suspect’s home so that she can get ready for school. It is unclear what transpired at the house but neighbours ran over when they heard the woman scream.
By then, the victims and suspect were seen lying on the ground vomitting. They were all taken to the hospital where the suspect succumbed.
More details will follow shortly.