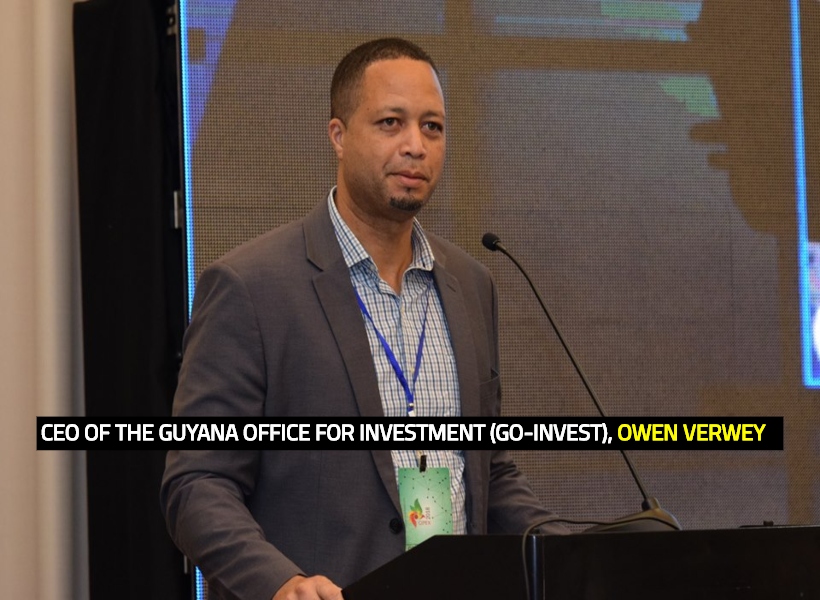 Chief Executive Officer (CEO) of the Guyana Office for Investment (GO-Invest), Owen Verwey, was quoted by an international magazine, Petroleum Economist, saying that another major oil find is expected to be announced in Guyana by this Friday. However, he is now saying that only the Department of Energy can make such announcements.

Verwey, could not explicitly state, whether he had made that assertion at the recently concluded Society of Petroleum Engineers (SPE) Offshore Europe Conference and Exhibition held in Aberdeen, Scotland. His supposed pronouncement was carried also by several local media entities, including the state-owned Guyana Chronicle.

In the Petroleum Economist article, Verwey was quoted, “There have been some big discoveries and, by next Friday, we will be announcing another one”.

The article goes on to state that Verwey “could not give more detail at this stage”.

Today, during a media briefing at Duke Lodge, Kingston Georgetown, Verwey spoke about the article in his opening remarks.

“Please permit me to address a news article cited by local media entities. The article quotes me as suggesting that there will be another significant announcement in oil discovery. As you’re aware, all official announcements about oil and gas in Guyana and the industry can only be conveyed by the relevant authority – which is the Department of Energy, within the Ministry of the Presidency. I wish to indicate that my comments were made while promoting Guyana as a favorable destination for investment.”

During the question and answer segment of the brief, the CEO was asked to state explicitly whether he made the announcement.

He was also asked if he is “disputing” the article, to which he responded: “…The Department of Energy [of] the Ministry of the Presidency, is the only authority that can speak when it comes to oil and gas matters in Guyana,”

The CEO said that GO-Invest’s responsibility lies with the promotion of Guyana as an investment destination.

Asked to answer the question with a simple yes or no, Verwey refused.