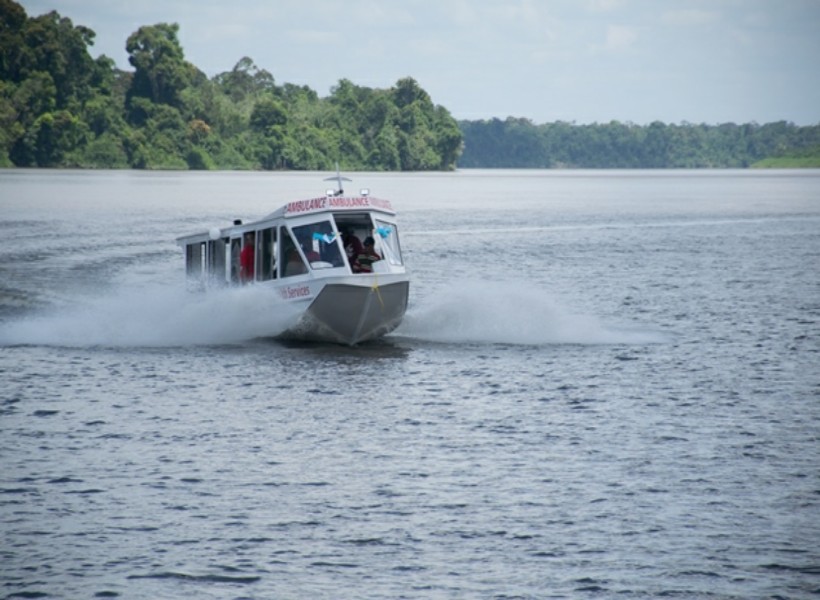 The Barima-Waini Region is one which has many villages located along rivers and is widely accessible by water. Taking this into consideration, there are plans by the Ministry of Public Health to work along with the Regional Democratic Council (RDC) to have a river ambulance placed in each sub-region.

Reports coming out of the Department of Public Information revealed that although a time for this plan has not been specified, the ministry’s policy level is looking to have all vessels delivered in a short space of time. Just recently, it was announced that the Moruca sub-region will receive its river ambulance shortly.

Speaking from a policy perspective, Minister of Public Health, Volda Lawrence stressed that the ministry has been given the mandate to ensure all Guyanese have adequate access to health care. It is in this regard that these considerations are being made.

The minister said, “Moruca is the first place we are going to give such an ambulance to because we know how they suffer with that creek; so they will have the first one for this region, then we will buy another ambulance which will go to Port Kaituma end that will work between Port Kaituma and Mabaruma and the third ambulance will be bought for Mabaruma.”

It was further explained by the minister that as soon as the Port Kaituma Hospital complex is functioning optimally, the ambulance for that area will work between Mabaruma and the Port Kaituma district while the extra ambulance will be placed in the Waini River to transport emergency cases from villages there.

This will be done to continually narrow the gap in health care delivery which currently exists between the coast and the hinterland. Also, this will cater to more life-saving interventions in this part of the country whether it be an accident victim or a complicated pregnancy.

“In those ambulances, they will have everything to check your heart, your pulse, a stabilizer etc so when we take a patient and put them in there with a nurse they won’t have to wait until they get to the hospital, they can work on that patient on the way,” the minister explained.

The ambulance for Moruca is expected to be handed over to the region by October. This, along with the others to come, will add to other water ambulances that have been given to Regions 6 and 10, where some villages are only accessible by river.  The Ministry of Public Health is pushing efforts to ensure riverine communities have access to specialised emergency services. Also, the ministry will explore, the provision of water ambulances for the Pomeroon in Region 2.