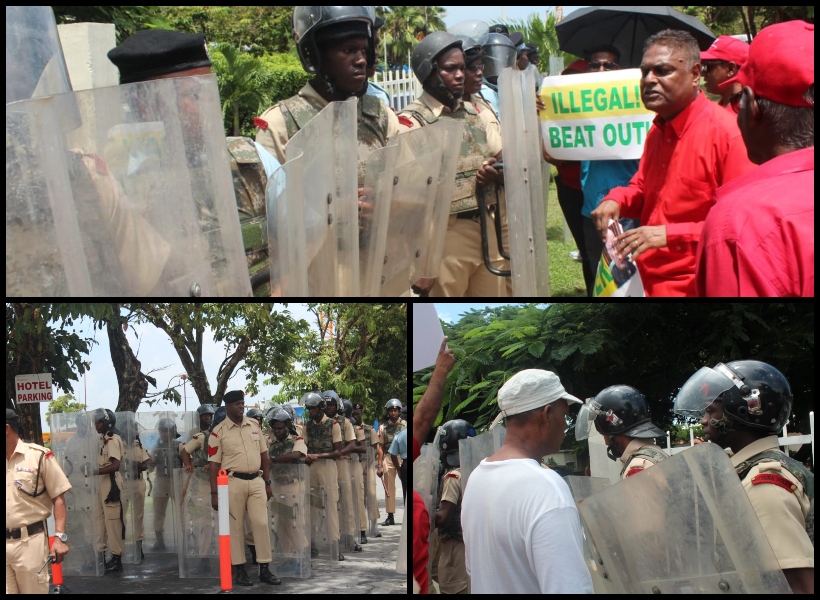 The conduct of the police has been brought under question with many government supporters accusing the law enforcement body of lapsing in its duty to “protect” the President and the Minister of Public Security, Khemraj Ramjattan.

Best said, “So now the police have allowed the citizens to protest unhindered, it appears as though the Guyana Police Force did not act in a professional manner,” the former Chief of Staff said.

Best conveyed the party’s gratitude, praising the police force for exhibiting “tolerance” despite opposition supporters issuing “challenges” to officers who were present at that picketing exercise.

“The party would like to come down on the side of the police force and commend the police force for its tolerance yesterday. But, that doesn’t mean that a presidential candidate should really be in the face of the police and try to block vehicles, and actually challenge police officers to move him, or remove them (protestors),” Best said.

Best opined that whilst persons have a right to protest, demonstrators might have taken it to far.

With the Leader of the Opposition, Bharrat Jagdeo indicating his party’s plan to up pressure on the President by staging protests wherever he goes, Best was quizzed whether the PNCR will be moving along the lines of initiating counter protests. He responded, “Well, the party is not in habit of displaying all of its tactics and strategies in the public domain, but the party will seek to ensure that the president is well protected,”

Best also noted that no protestor was hurt during the exercise. In fact, no protestor has never been injured during the last four years under the coalition administration. This he said, contrasts with events that occurred under the PPP’s tenure in office.

“We have faced water cannons, unidentified officers dressed in police uniforms shooting crowds in Linden and shooting at protestors indiscriminately. This is progress people voted for, and a clear sign of change,” Best noted.