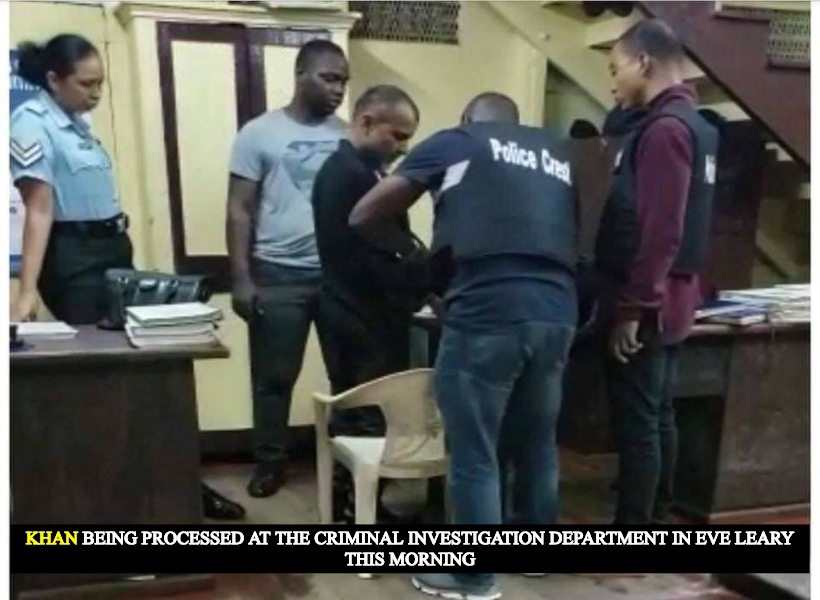 Now, local police are questioning him for his role in the murders of well known boxing coach, Donald Allison in 2005 and political activist, Ronald Waddell in 2006.

He is likely to be held for 72 hours.

Khan, who had confessed to heading the phantom squad, popularly known as the “death squad,” arrived on an American Airline flight and was handed over to local cops by US law enforcement officers.

He was taken to the Criminal Investigation Department to be processed and was moved to another facility this morning. The police did not indicate where he was taken.

This morning, Khan’s lawyer, Glen Hanoman confirmed that his client was being questioned for the two murders.

While Hanoman acknowledged that the police have a right to question the drug kingpin, he said that there is no evidence linking Khan to the murders. This he said, was communicated to him by senior detectives and persons from the Director of Public Prosecution.

In January, 2006 Waddell was gunned down outside his Subryanville, Georgetown home while Allison was fatally shot outside the boxing club at Agricola, East Bank Demerara.

Khan is linked to multiple other murders that reportedly happened during the time the phantom squad was active.