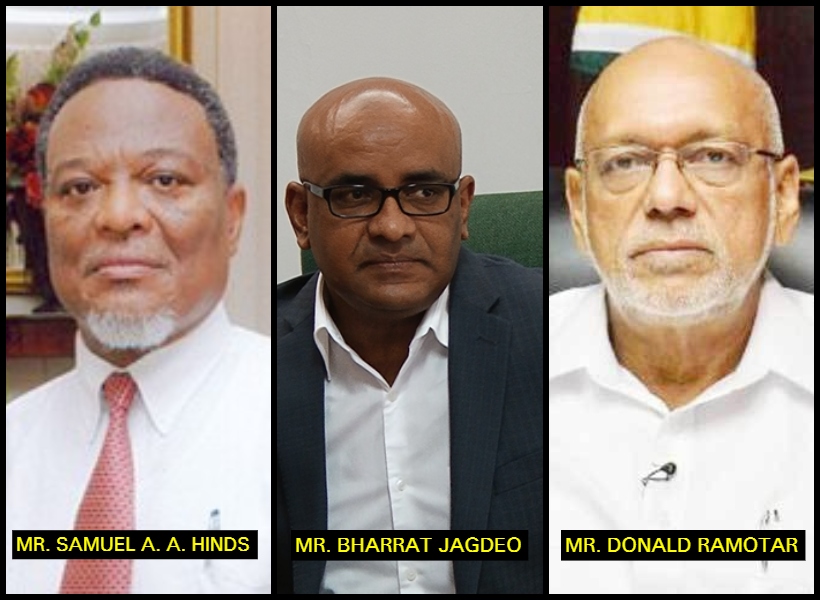 The three living former Presidents of Guyana, Samuel Hinds, Bharrat Jagdeo, and Donald Ramotar plan to boycott tonight’s ceremony commemorating the 70th Anniversary of the founding of the People’s Republic of China. The event is to be held at the Authur Chung Convention Center. While the former Presidents do not intend to formally attend the ceremony, Guyana Standard understands that plans are in motion for the hosting of a candle vigil outside the Convention Center.

Hinds released to the media that was sent to the Chinese Ambassador, Cui Jianchun.

“Dear H.E. Cui Jianchun and Mrs. Liang Huili,
We, three Former Presidents of Guyana, Mr. Samuel A. A. Hinds, Mr. Bharrat Jagdeo and Mr. Donald Ramotar hereby express our deep regrets that in the current circumstances in Guyana, where the constitution has been breached and the Coalition Government has lost all legitimacy, we could not attend your Ceremony of Commemoration of the 70th Anniversary of the Founding of the People’s Republic of China where Mr. David Granger is the Chief Guest representing Guyana, as he is doing so as a Usurper.”