Home News Climate crisis is an accumulation of discrimination, exploitation and corporate abuse –... 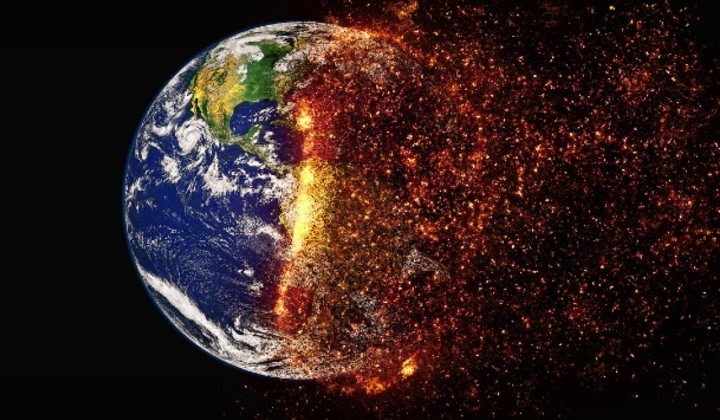 The Guyana Human Rights Association (GHRA) has broken its silence and has added its voice to the call for more to be done to address climate change.

The Human Rights body is calling on the government “to use this opportunity of the Climate Summit to press the United Nations to highlight the destructive role of international corporations, which to date has not been sufficiently
acknowledged.”

In a statement released to the media, GHRA said, “We further call on the Government of Guyana to ensure that no activity is permitted in our
own extractive sectors, particularly mining and petroleum, over which the Government is incapable of exercising effective levels of accountability,” GHRA said in a statement.”

Qualifying its stance, the body said that “Our national-level response to the climate crisis is ambivalent.  As individuals, we watch each mega-storm with episodic dread, then get on with daily life without much thought about the climate, until the next one. As a society we have a similar response: on one hand, we make big gestures – create Iwokrama, protect forests under the REDD+ programme, place two million hectares of land under protected
areas, but on a daily basis routinely ignore the consequences of  violations of building codes, pesticide use and garbage disposal.”

It went on to note that “While most countries appear to operate on a similar stop-start approach to the environmental crisis there is some indication that a tipping point has been reached.”

But the GHRA is convinced that the unprecedented global demonstrations of the Climate Strike, along with the UN Climate Summit which commenced yesterday in New York along with sustained attention from the major global media networks, will hopefully replace the episodic dread with sustained climate action.

A key to converting episodic dread into sustained attention is a clearer understanding of what has caused the crisis, the GHRA quipped. “We are encouraged to believe thoughtless or careless behaviour has got us into this mess – that we weren’t paying attention to the consequences of growing too rich and materialistic.  While this is true, the fundamental reason is more structured and calculated.”

The GHRA has therefore theorised that the climate crisis is a network of interconnected threats to all forms of life rooted in an economic system driven by the aim of removing all legal, regulatory and tax restraints at both national and international levels towards the accumulation of private wealth. Vast areas of the world, particularly in tropical regions, it noted, have been ravaged by extractive exploitation and industrialized agriculture which have fuelled mass migration movements and aggravated social and economic inequalities of
all descriptions to the benefit of fewer and fewer people.

“Taken together, the climate crisis is an accumulation of discrimination, exploitation and corporate abuse on a grand scale. To this extent, the climate crisis is best appreciated as an accumulation of thousands of specific human rights abuses to health, labour, to clean water, to land that has materialized since ‘globalization’ got into its stride over the past fifty years.  A similar catalogue of abuse of the rights of animals and the natural world can also
be sourced to the unrelenting exploitation and toxic poisoning of rivers, forests, mountains, oceans and soils,” GHRA posited in its statement.

Linking the climate crisis to the development process and the range of human rights violations, GHRA added, is especially pertinent to the multitudes of peoples worldwide whose lives have been and continue to be devastated by the extractive development model.