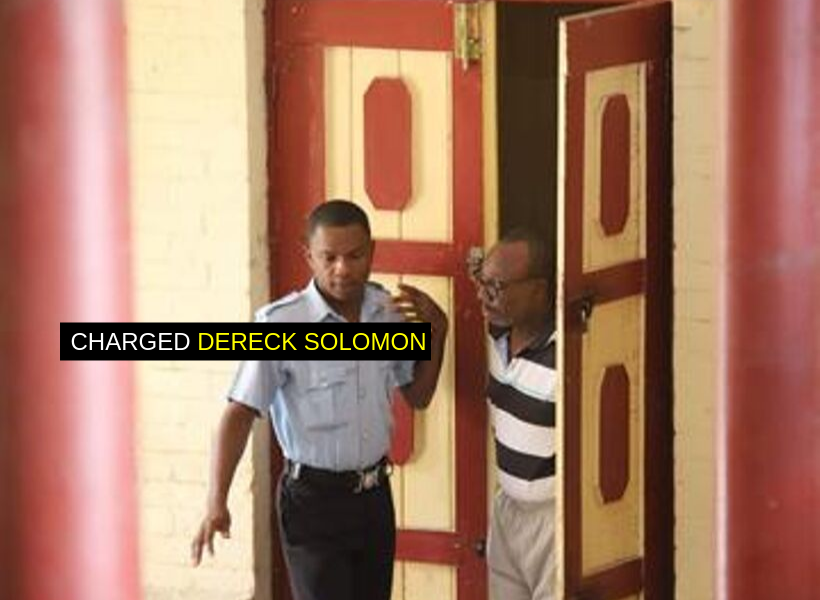 Six months after a man was charged for stabbing his wife multiple times about her face and hands, he walked out of court a free man today since the case against him was discharged.

This was after his wife told the court that she did not wish to proceed with the matter. Hence, Principal Magistrate Sherdel Isaacs-Marcus discharged the matter.

Dereck Solomon, 60, of Block ‘F’ North Sophia; Greater Georgetown, was not required to plead to the charge which stated that on March 2, 2019, at North Sophia, Georgetown, he unlawfully and maliciously wounded Carol London with intent to commit murder.

Solomon was on remand after the Chief Magistrate had ordered that he undergo a psychiatric evaluation.

The court later learned that the reason behind his violent behaviour was because he suffers from Delusion Disorder.

According to information, on the day in question, Solomon and London had an argument and he left their home.

However, sometime later, he returned, picked up a knife and dealt the woman several stabs about her body.

The injured woman was rushed to the Georgetown Public Hospital Corporation (GPHC) where she was admitted as a patient.

She received injuries to her hands and face. As a result, the matter was reported, an investigation was carried out and Solomon was arrested. Solomon was represented by Attorney-at-law Dexter Todd.