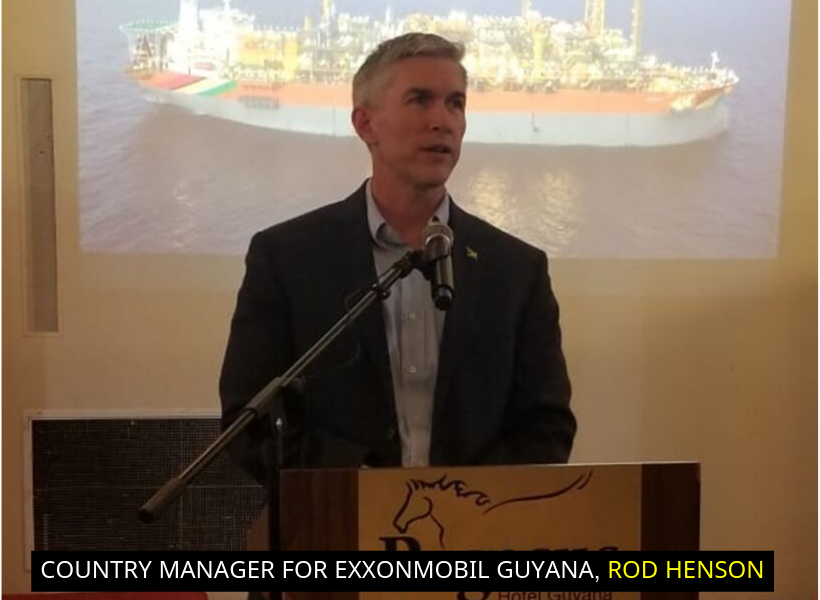 ExxonMobil Guyana hosted an open house discussion today at the Pegasus Hotel. The event brought together a range of specialists to breakdown the technicalities of its Environmental Impact Assessment (EIA) for the Payara field.

During his address to members of the media, ExxonMobil Guyana’s Country Manager, Rod Henson noted that the open house format is much different to what was organized for the previous EIAs for the Liza One and Two Projects. This format, Henson noted, brought together multiple experts and consultants such as Environmental Resources Management (ERM) and Environmental Management Consultants (EMC). In this way, citizens were able to receive more extensive explanations on issues they may have with the document.

Following this, Henson encouraged those who attended to ensure that they submit their comments on the EIA to the EPA so that they can be reviewed and taken on board where necessary.

Guyana Standard understands that once all approvals are provided in a timely manner, first oil for the Payara Field, which is expected to produce between 180,000 and 220,000 gross barrels of oil per day will start as early as 2023. It was further stated that the Floating Production Storage and Offloading (FPSO) vessel for the Payara field would be called Liza Prosperity.

The Exxon official noted that drilling for the Liza Phase Two Project will begin as early as next year with first oil targeted for 2022. He said, too, that by year-end, the operator would be adding a fourth drill rig to its fleet.

Further to this, the Country Manager said that he is particularly proud of the company’s local content efforts. In this regard, he pointed out that at half-year, more than 1300 Guyanese are working along with the oil projects while noting that over 300 are women.

He also revealed that nearly 500 local businesses have been supplying their goods and services for the projects with a whopping $30B expended for this year alone.

“We are proud of these results and will continue to improve them over time,” the Country Manager concluded.