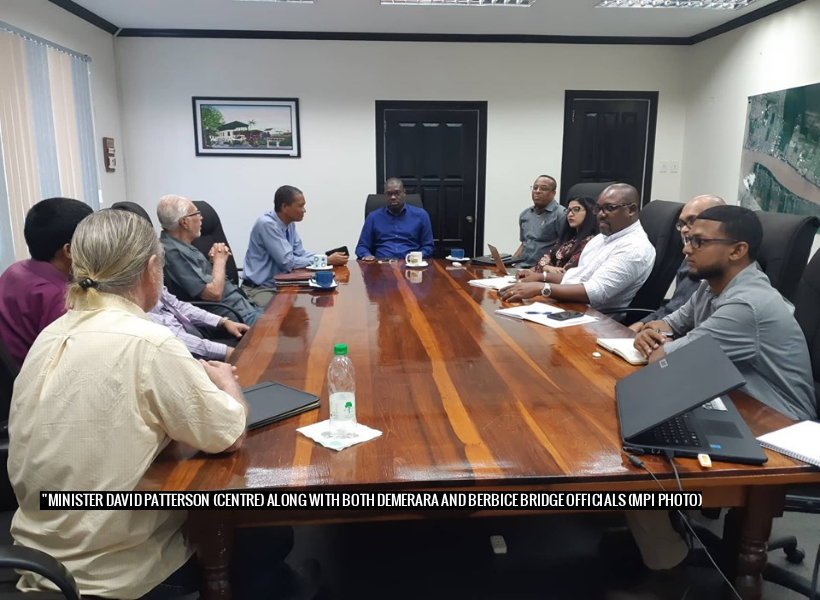 The Ministry of Public Infrastructure met with the Board of Directors of the Berbice Bridge Company Incorporated (BBCI) where they discussed the way forward for the maintenance of the six pontoons the Government of Guyana had budgeted for the year 2019.

Minister David Patterson outlined three phenomena going forward for the benefit of both the Private Company – BBCI, and the Government of Guyana – for the Guyanese populace.

Coming out to of the meeting the following were suggested:
(1) A jack-up barge would be put in place
(2) BBCI and Demerara Harbour Bridge Incorporation would be expected to provide an estimated cost and time frame for the commencement of works on the pontoons.
(3) BBCI would examine the question of the risk factor for the operation of the bridge.

BBCI and MoPI would then meet within ten (10) days to discuss their findings and/or report on the operations of the aforementioned issues.