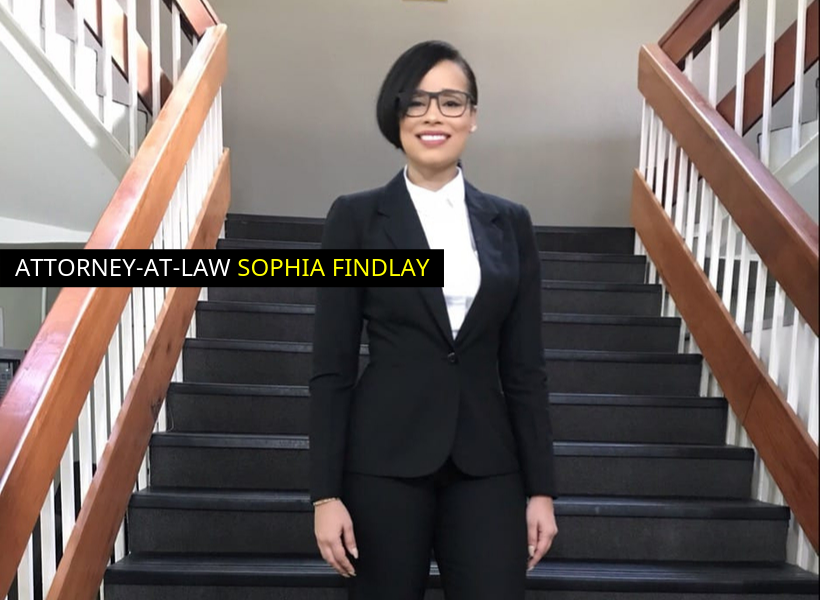 “I am not boastful, nor do I feel like I have arrived; I am humbled,” expressed 35-year-old Attorney-at-law Sophia Findlay who was admitted to practice in the courts of Guyana today.

Her petition was presented this afternoon by prominent lawyer, Nigel Hughes before Chief Justice Roxane George at the High Court in Demerara.

Findlay, a former student of St. Joseph High School and the Annandale Secondary School, graduated with her Legal Education Certificate (LEC) on Saturday from the Hugh Wooding Law School, Trinidad.

In presenting her petition, Hughes described Findlay as a very hardworking and dedicated young woman. In welcoming Findlay to the Bar, the Chief Justice urged her to commit to the hard work that success entails.

The Chief Justice advised the newest member of the legal fraternity that if she is to become truly learned in the profession, she needs to commit to conducting thorough research in order to serve her clients and the citizens of this nation.

Findlay, on the other hand, told the Chief Justice that her advice has not fallen on deaf ears. In fact, the new lawyer committed to discharging her functions in accordance with the oath taken.

She expressed heartfelt gratitude to everyone who contributed towards her success.

She, however, became very emotional when she spoke of her son whom she has dedicated her career to. According to Findlay, the road along this journey was by no means easy.

She confessed that there were moments of tears, sleepless nights and times when she doubted herself, but according to her, with her faith in God, she pulled through.

Findlay is currently attached to the prestigious Hughes Fields and Stoby Law Firm of which Nigel Hughes is a managing partner. The lawyer said that she aspires to be a fraction of the lawyer Hughes is.