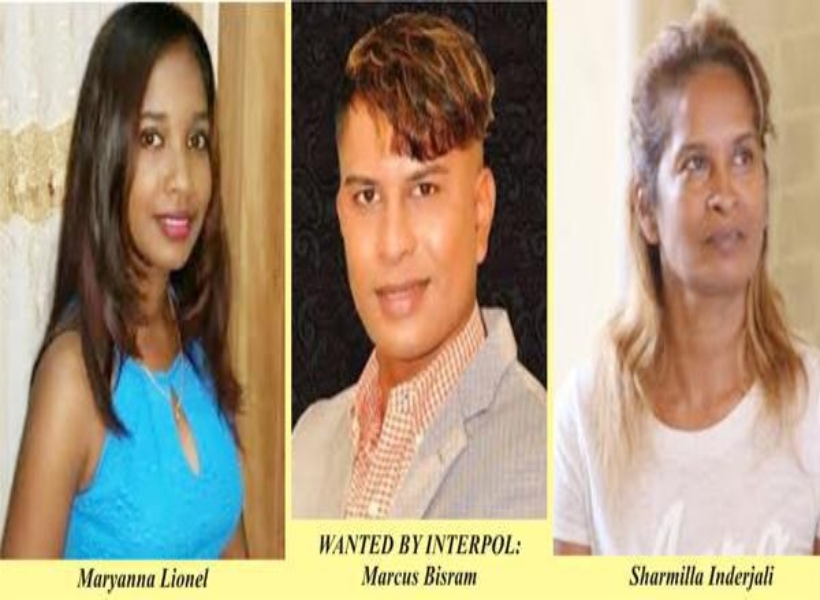 Sharmilla Inderjali, the mother of US-based businessman and fugitive, Marcus Bisram, and her co-accused Maryanna Lionel, who are charged with offering a detective $4M for him to suppress evidence against Bisram, today lead their defence.

This morning, when the matter was called in the courtroom of Senior Magistrate Leron Daly, both defendants opted to give unsworn statements.

Inderjali, in her testimony, stated, “I am innocent of this charge. I went to Eve Leary to accompany Marryann to pay for her father and others’ bail. I never said any of these things in my statement because I do not know how to read well. The Police told me to put my signature to the paper.”

Meanwhile, Lionel, in her testimony, stated, “I received information that my father and others were being placed on bail and I had to take the money to Eve Leary. I went there to pay the bail and the police started to say a lot of things when I took the money. I am innocent.”

The Magistrate, after listening to the women, adjourned the matter until October 30, after their lawyer, Sanjeev Datadin asked for time to review the evidence.

It is alleged that the women, during November 2016, allegedly offered a detective at the Criminal Investigation Department (CID) Headquarters, Eve Leary, Georgetown, $4M cash for him to suppress evidence against Bisram.

Inderjali, 48, of Number 72 Village, Corentyne, Berbice and Lionel, 28, sister of one of the accused charged with the killing of Berbice Carpenter, Faiyaz Narinedatt, are currently out on a total of $3M bail after denying the allegation.

The men have since been committed to stand trial at the Berbice High Court by Magistrate Charlyn Artiga at the Number 51 Magistrate’s Court.

According to reports, on the day of the killing, Bisram had a party at his home, which Narinedatt and a few others attended.

It was reported that Narinedatt went to the back of the yard to urinate and Bisram allegedly followed him and began making sexual advances towards him. The man allegedly slapped Bisram and pushed him away.
It was then that the rejected man allegedly instructed his friends to kill Narinedatt.

The men allegedly beat Narinedatt before placing him in a vehicle and dumping his body on the roadway to make it look like an accident. Bisram is currently facing extradition proceeding overseas in the United States.

The US Court of Appeals has recently rejected Bisram’s application to halt his extradition to Guyana to face the murder charge. According to court documents, from Circuit Judges Dennis Jacobs, Debra Ann Livingston, and Joseph Bianco, they have considered all of Bisram’s remaining arguments and find them to be without merit.