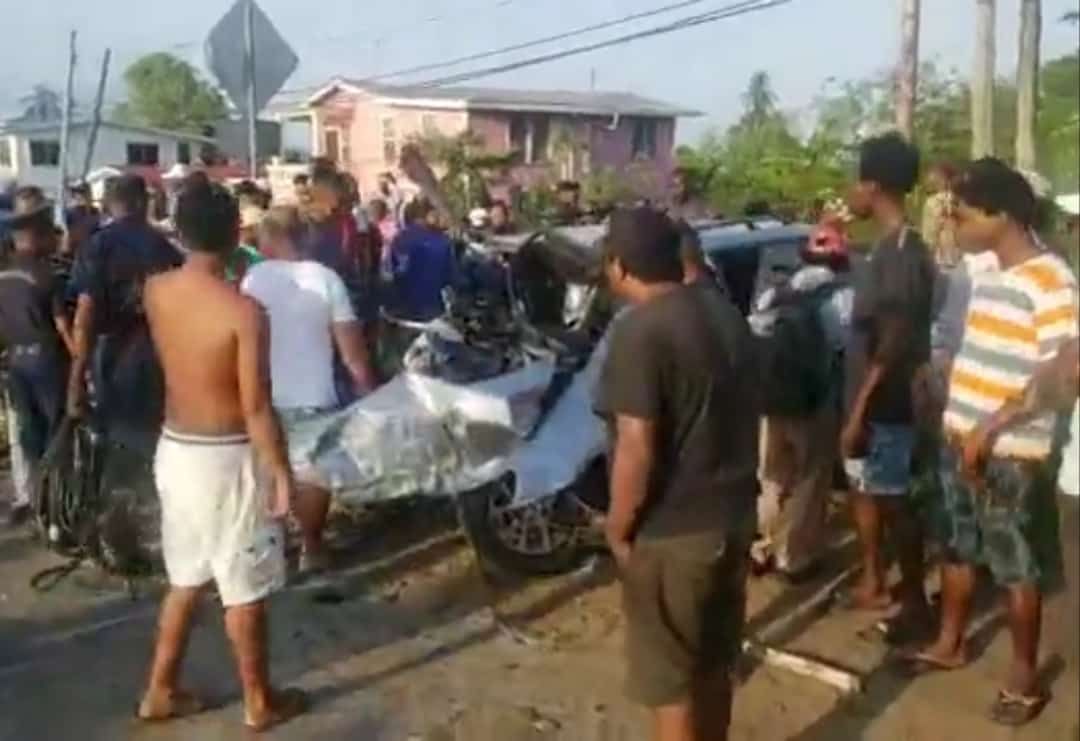 President David Granger has ordered a Commission of Inquiry (CoI) into this morning’s tragic accident at Friendship, East Bank Demerara, which resulted in the death of five persons.

The Head of State emphasized that the extremely disturbing accident saddens him.

“I would like you to know that this shocking event will be thoroughly investigated. In fact, soon after the accident, within two hours, I directed the acting Commissioner of Police, Mr. Nigel Hoppie to launch an inquiry headed by a person no lower in rank than the Deputy Commissioner, to determine how such an accident could have occurred and also to make recommendations to prevent a recurrence,” the Head of State told the Public Information and Press Service.

“We will ensure that if there was any error, any mistake, any wrongdoing… that there will be no further event like this in the history of the Police Force or the Guyana Defence Force,” he said.

President Granger assured that whatever the cause of the accident, the Government of Guyana, the administration of the Guyana Police Force and the Guyana Defence Force, the Cabinet and the National Security Committee, which was also briefed about the events of this morning, will take every step to ensure that the roads are used safely by all members of the security forces.

President Granger added that steps will also be taken to ensure that regulations, Standing Operating Procedures, inspections and the careful selection and training of drivers, are measures that are put in place so as to prevent a recurrence.

“The Government and the security forces will ensure that the findings and recommendations of this Commission of Inquiry are fully and rigorously implemented,” he said.

The Head of State expressed condolences to the relatives and friends of the deceased.