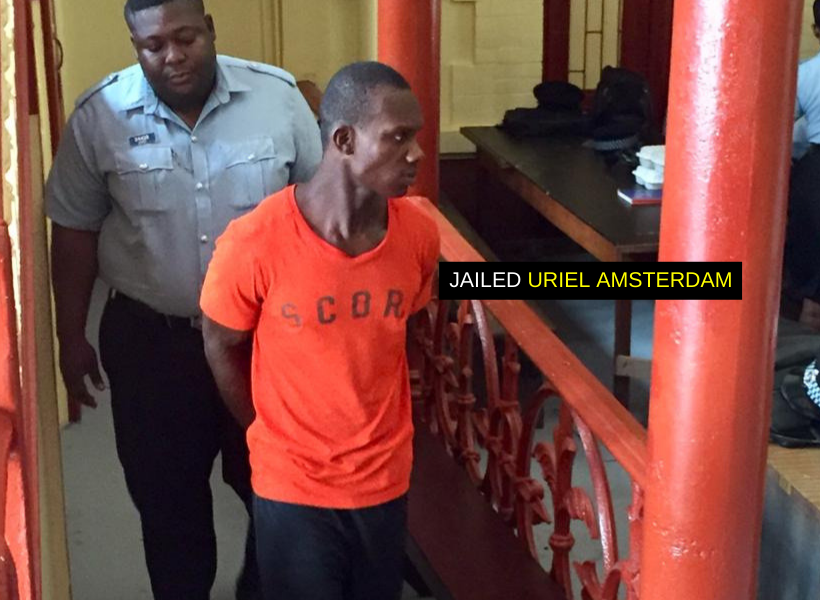 “I was drunk so I pick up the chain and the ring. Let me be honest with you I sold them to buy baby clothing,” were the words of a man who pleaded guilty to a larceny at dwelling house charge.

Twenty-seven-year-old Uriel Amsterdam pleaded guilty with explanation to the charge which stated that between October 8, 2019, and October 9, 2019, at 94 Fourth Avenue, Subryanville, Georgetown, he stole from the dwelling house of Tomeka Archer $200,000, one gold chain valued $70,000 and one gold ring valued $42,000, property of Archer.

Facts presented by Police Prosecutor Quinn Harris stated that Amsterdam and the victim are known to each other since he would normally do repairs at her home.

The court heard that during the periods mentioned in the charge, the woman left the defendant at her home fixing her ceiling and she went out.

The Prosecutor added that Amsterdam used an instrument to open the victim bedroom door and removed the articles which were in her dresser.

However, the woman, on her return, observed the articles missing and reported the matter to the Kitty Police Station.

An investigation was then carried out and the defendant was arrested and taken into custody where he admitted to the offence. Hence, the present charge.

The investigating rank who was present in court told the magistrate that the defendant is wanted at the Wales Police Station for similar offences. He added that the defendant also posted a picture on WhatsApp wearing the stolen articles.

The Magistrate, after listening to the facts, sentenced Amsterdam to two years imprisonment for the offence citing that woman trusted him.