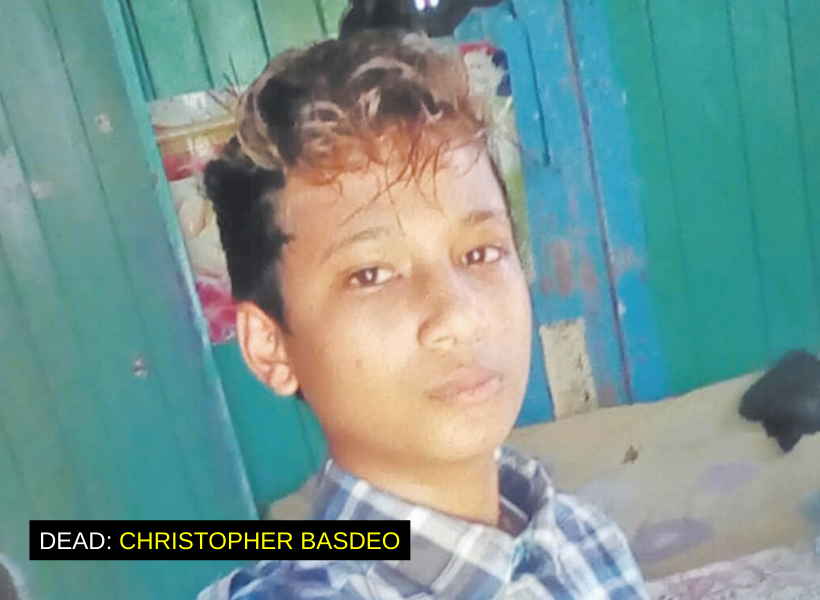 A decomposed body, believed to be that of 14-year-old Christopher Basdeo, who disappeared last Wednesday after leaving home to meet a friend, has been found.

Divisional Commander, Linden Lord, has confirmed that the body was found at the back of La Parfaite Harmonie, West Bank Demerara (WBD) today. Crime scene ranks are presently examining the body.

Lord said that Basdeo’s parents were on their way to the crime scene to confirm whether the body is that of their missing son.

The teen’s mother, Debbie, in a previous interview, had said that on Wednesday afternoon, the teenager went home from the Goed Fortuin Secondary School but left to visit a friend. That friend, when questioned by the police, said that the teen did visit his home but left later that afternoon to go home. He was released from custody.