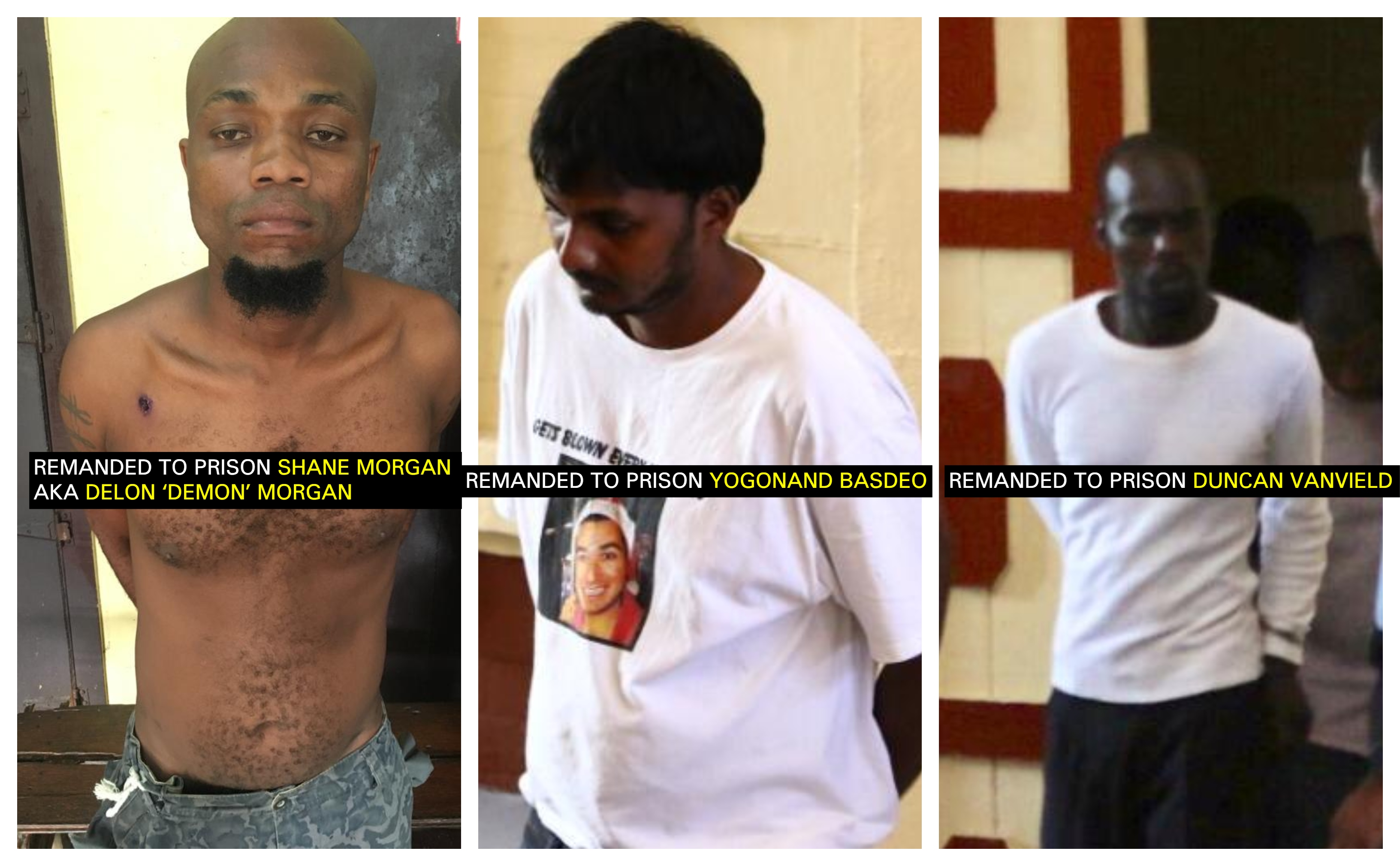 The alleged mastermind in the killing of businessman, Deon Stoll, was today jointly charged with two others for robbing a woman of $3.4M.

The men were not required to plead to the indictable charge which stated that on September 30, 2019, at Robb Street, Georgetown, while being in the company of each other, they robbed Yong Quan Bi of $3.4M, the property of China Trading.

Police Prosecutor Gordon Mansfield objected to bail being granted to the defendants on the grounds of the serious nature of the allegation and penalty the charge attracts.

The Prosecutor also highlighted the fact that an investigation is still ongoing and more persons are likely to be charged.

The trio is expected to make the next court appearance on November 19, for a report.

Morgan and Vanvield were among eight persons charged this afternoon with the murder of Still, an Essequibo gold miner.