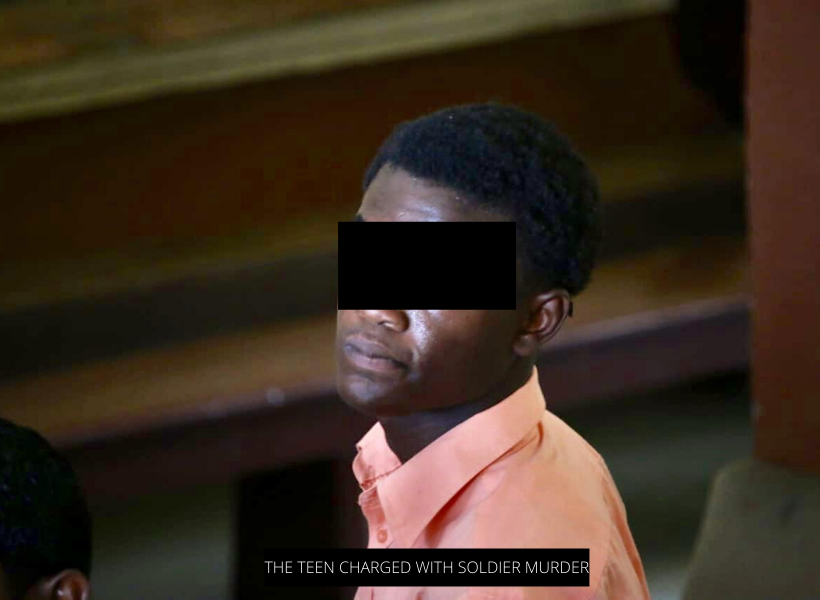 A teenager was moments ago charged and remanded to the juvenile holding centre for the murder of a Guyana Defence Force (GDF) rank, who was killed over the purchase of a motorcycle.

The 17-year-old appeared before Senior Magistrate Dylon Bess in the Children’s Court at the Georgetown Magistrate’s Courts.

The teenager was not required to plead to the indictable charged which stated that on October 14, 2019, at Tucville, Georgetown, he, while being in the company of others, murdered Olijah Chesney, during the course of a robbery.

The matter was heard in-camera.

According to information, on the day in question, the soldier, who had $100,000 in his possession made arrangements with the accused to purchase a motorcycle.

However, on his arrival, the accused and others robbed him of his cash before shooting him and dumping his body at Tucville Squatting Area.

The teenager was remanded to the juvenile holding centre until November 18.

It was initially suspected that Chesney’s death was related to the attempted robbery outside of El Dorado Trading which resulted in the death of miner Deon Stoll.

However, Crime Chief (ag) Michael Kingston stated that the shooting of Chesney was not related to the attempted robbery.

Hence, further investigations were carried out which led ranks to arrest the teenager.