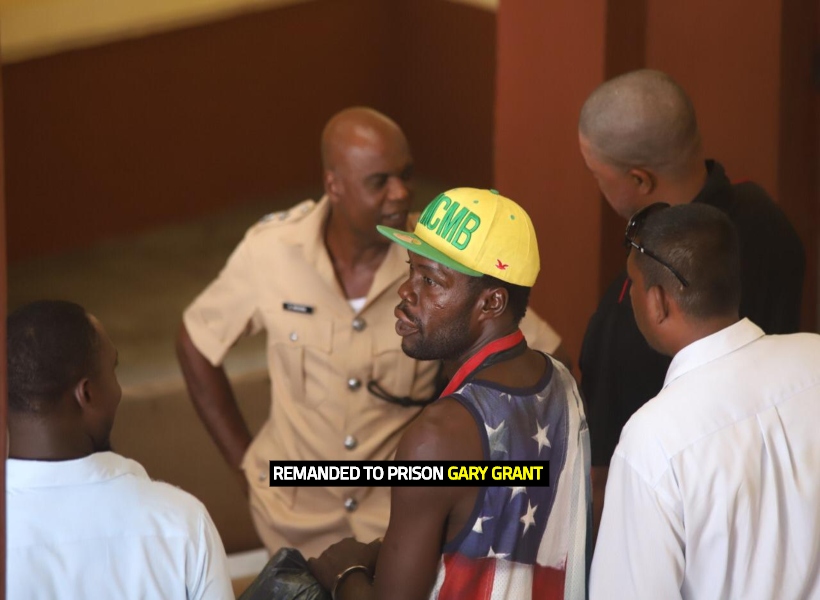 A man, whom Police said caused chaos and confusion at the Stabroek Market Police Outpost when he chopped off a handcuff and made good his escape, was today sentenced to 12 months behind bars.

He was on trial before City Magistrate Annette Singh in the Georgetown Magistrate’s Courts.

This afternoon, when the matter was called, the Magistrate ruled that after going through the entirety of the evidence, she found Grant guilty of the charges and sentenced him to three months on each of the charges.

However, the sentences will run concurrently so Grant will only spend three months behind bars.

The first charge stated that on September 19,  last, at the Stabroek Market Police Outpost, while being in police custody on a simple larceny charge, he escaped.

The second charge stated that on the same day, and at the same location, he stole one phone valued $35,000 property of Nadina Maloney.

It was further alleged that on the same day, and at the same location, he damaged a wooden door, a bench, and other items valuing $39,000, the property of the Guyana Police Force (GPF).

The last charge stated that on the same day, and at the same location, he behaved in a disorderly manner.

An unrepresented Grant had denied all the charges on his first court appearance.

In addressing the court he had stated, “The officer lash me in my head so I can’t remember nothing. My name is not Gary Grant so the police need to go look for him so he can come and answer to the charges,”

Facts presented by Police Prosecutor Annalisa Brummell stated that on the day in question, the defendant was in custody at the Stabroek Market Police Outpost for allegedly stealing a woman’s phone.

The court heard that the man was handcuffed to a metal bar attached to a wall inside the outpost after he was placed to sit on a bench.

However, around 22:20 hrs he began jumping into the air. A cutlass that ranks had secured under the counter became exposed and he used it to chop off the chain from the handcuff before fleeing.