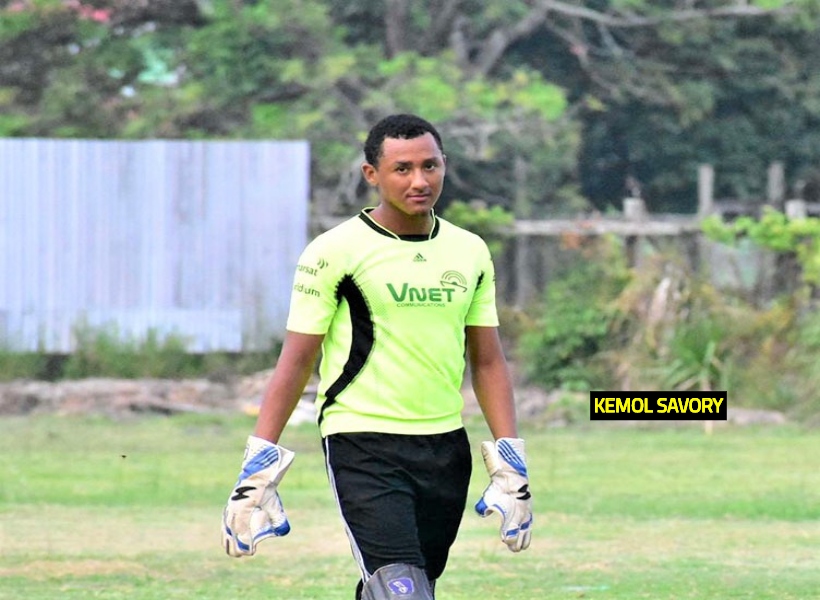 Bridesmaids at last year’s Colonial Medical Insurance Super50 Cup, the Guyana Jaguars got off to a positive start in this year’s edition with a narrow two-wicket win over the West Indies Emerging Players at the Brian Lara Cricket Academy in Trinidad and Tobago on Thursday.

The Jaguars won the toss and sent in the Emerging Players to bat on a pitch that offered very little to batsmen. They found the going tough and only managed 185-8 as youngster Justin Greaves made an entertaining 55 (4×1, 6×1), he was supported by Ronald Cato with 37 and Guyanese all-rounder Kevin Sinclair, who ended with an unbeaten 34.

The Guyanese bowling attack was led by spin duo Veerasammy Permaul (3-34) and Ramaal Lewis picked, who snared 2-17 from his 10 overs.

In chase of 186 for victory, the Jaguars looked shaky as they lost wickets at regular intervals; however, wicketkeeper/batsman Kemol Savory, in his debut game, held the innings together despite seemingly running out of partners.

He ended unbeaten on 71 which included six fours and a six off of 146 deliveries, Savory received support from Christopher Barnwell with 36 and Jonathan Foo who made 28.

For the Emerging Players, pacer Keon Harding ended with figures of 4-35 while Dominic Drakes had 2-32.