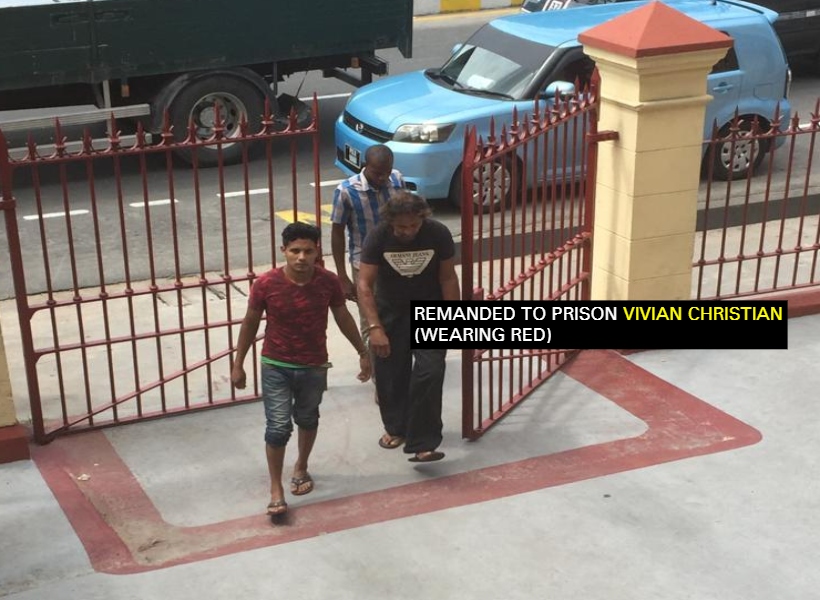 A man, whom the court heard dealt his co-worker several stabs about his body, was today charged with causing grievous bodily harm.

Twenty-one-year-old Vivian Christian of Essequibo pleaded not guilty to the charge which stated that on November 7, 2019, at Stone Hill Backdam, Cuyuni River, Essequibo, he unlawfully and maliciously inflicted grievous bodily harm to Rajesh Lall.

Facts presented by the prosecutor stated that on the day in question, the men had a misunderstanding and Christian armed himself with a beer bottle which he used to inflict several stabs wounds to the victim’s face and throat.

The victim, who fell to the ground, was picked up and rushed to the Suddie Hospital where he was treated and later transferred to the Georgetown Public Hospital Corporation (GPHC), where he remains a patient.

Prosecutor Mansfield objected to bail being granted to Christian on the grounds of the serious nature of the allegation and the penalty the charge attracts.

The Magistrate, after listening to facts, remanded Christian to prison until November 21 when he will appear in the Bartica Magistrate’s Courts.