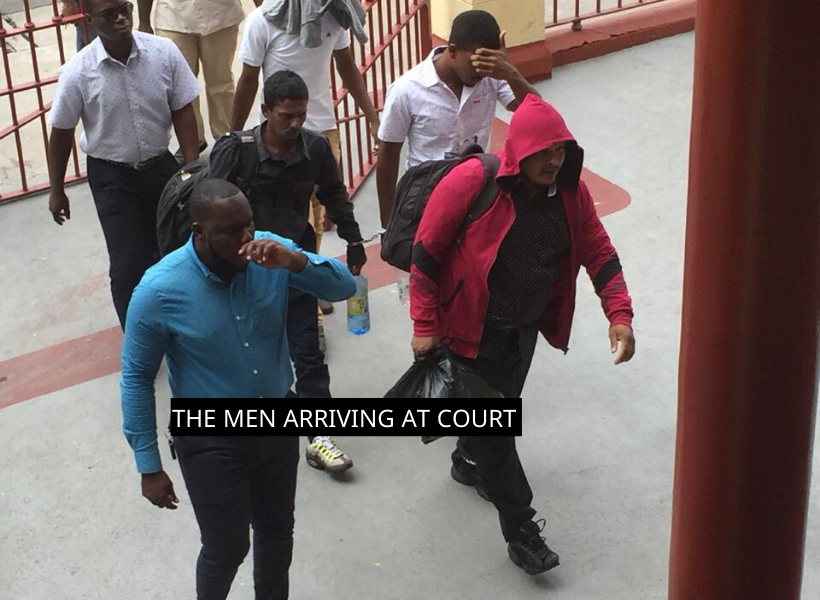 Hours after police ranks, acting on intelligence, were able to arrest four men including a police rank after they robbed a business of several containers of fuel and a quantity of raw gold, the men were moments ago charged and remanded to prison for the offence. 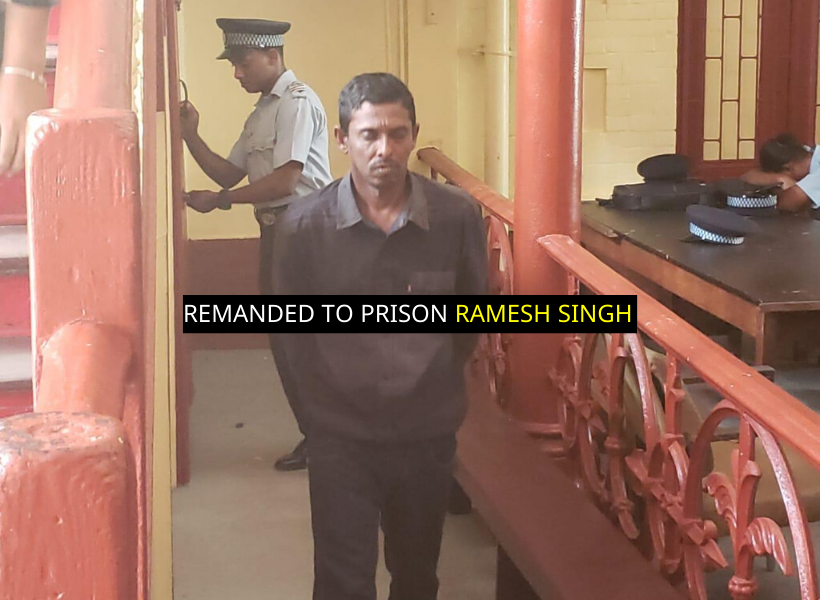 They were jointly charged with robbery underarms.

It is alleged that the quartet on November 11,2019 at Matthews Ridge, North West District, being in the company of each other and armed with guns, robbed Jose DeCosta of $95,000 cash and a quantity of raw gold valued at $18M, property of Deonarine Sookram, a businessman. 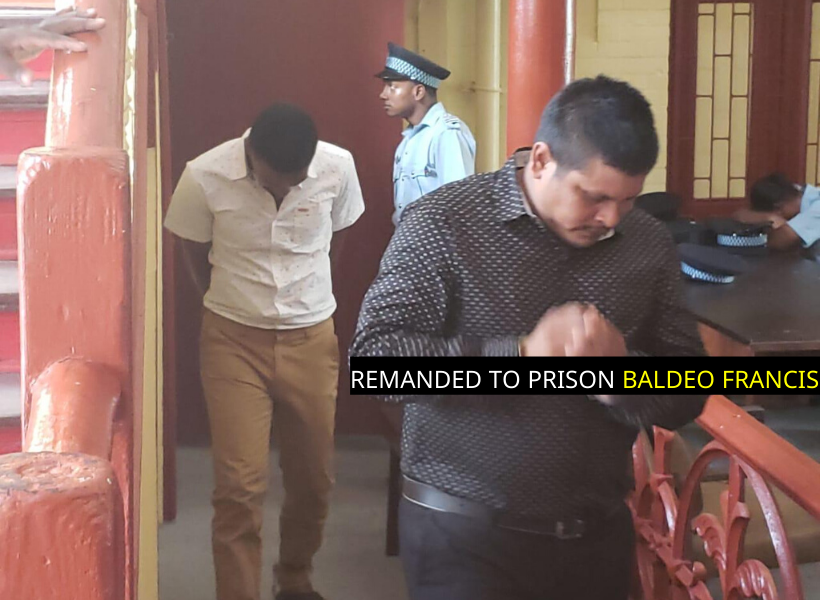 The men were not required to plead to the indictable charge after it was read to them.

They appeared before Principal Magistrate Faith McGusty in the Georgetown Magistrates’ Courts.

It was further alleged that on the said date, at Skull Mountain, Arakaka, North West District, Francis  had in his possession one .223 riffle and two 9mm pistols when he was not the owner of a firearm licensed enforced at the time.

It was further alleged that on the same day and at the same location, he had in his possession 120 rounds of ammunition when he was not the owner of a firearm licensed enforced at the time.

He denied both charges after they were read to him.

In a failed bail application, Khan told the court that the gold found by the police belonged to his client. He added, “some of the gold disappeared because what my client handed over to the police is more than what was shown and is being circulated to the press.”

The lawyer told the court that his client was never part of robbery neither did he confess to the robbery.

Meanwhile, Campbell was represented by attorney-at-law Adrian Thomas and Singh was unrepresented.

Facts presented by police prosecutor Seon Blackman stated that the victim is the owner of a gold mining company.

The prosecutor told that court that on the day in question, the victim and his workers were at the Matthews Ridge Airstrip awaiting a plane to travel to Georgetown.

However, while waiting, the defendants, who were armed with Ak47 guns, attacked them and took away the raw gold and cash. They then made good their escape.

The matter was quickly reported and police acting on information stopped Francis vehicle. A search was then conducted in his vehicle and the raw gold was found in a container. He was then arrested and based on the information he provided to the police, the other men were later  arrested.

Blackman objected to bail being granted to the men on the grounds of the serious nature and penalty of the offence and the valued of the raw gold.

Additionally, Khan made an application for Francis to be granted bail on the illegal arms and ammunition charges citing that his client was not in possession of the illegal arms.

He stressed that when his client was arrested, the police carried him at his house and he remained in the vehicle while an officer by the name of McGregor went into the house and returned with the guns and ammunition.

The lawyer added, “The same officer McGregor will be subjected to a series of cross examination as it relates to the missing raw gold and the guns and ammunition.”

Prosecutor Blackman then once again objected  to bail being granted to Francis on the grounds that no special reason was outlined by the lawyer.

The lawyer, who seemed upset, then stood before the magistrate and stated, “I don’t need to be lecture about special reasons by a three stripe officer. A poetry of tales are being told but all will be reveal in the trial.”

The Magistrate, after listening to both sides, remanded the men to prison until November 26 when then will appear before Chief Magistrate Ann McLennan for reassignment.