Home Court Son gets 12 months in jail for assisting father’s escape from police... 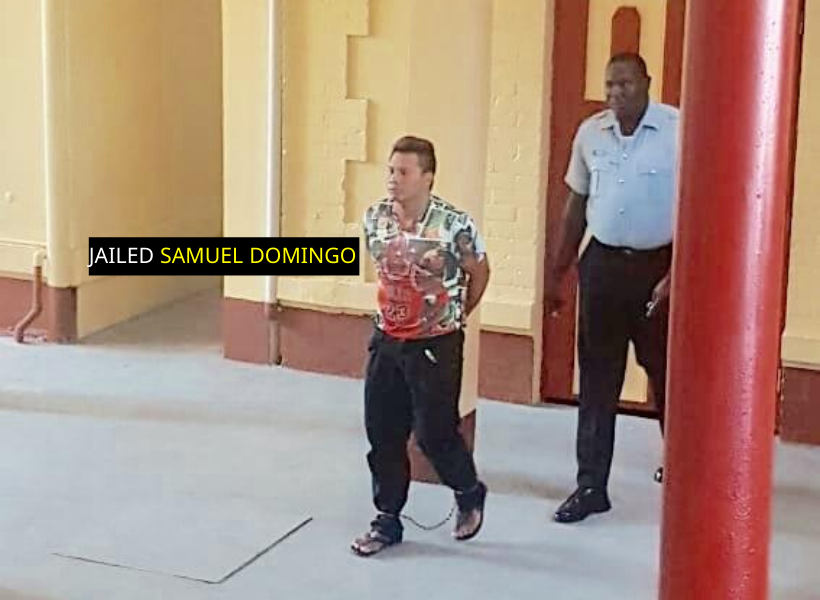 “I could not watch my father go to jail so I had to help him,” were the words of a man who helped his father to escape from custody and flee to Brazil.

He pleaded guilty to the charge which stated that on March 27, 2019, at Katoonarib, South Rupununi, he assisted Eustace Domingo, his father, to escape from custody. At the time, Eustace Domingo was arrested as a suspect in relation to the murder of Reginald Thomas.

Facts presented by Police Prosecutor Gordon Mansfield stated that on the day in question, the defendant went home and observed that his father was under arrest and in custody of the village Toshao and Rural Constable Marcus Alexander, having been arrested for the murder of Thompson.

The court heard the defendant became annoyed and he armed himself with a knife and took his father from the Constable and the Toshao. The defendant and his father then escaped through some nearby bushes and fled to Brazil.

Mansfield told the court that it was only recently that the defendant was arrested in Brazil and charged for the offence. His father is still at large.

The Magistrate, after listening to facts, sentenced the man to one-year imprisonment.

Last March, Eustace Domingo and Thompson, who were known to each other, were at a shop consuming alcohol.

It was reported that the men got into a heated argument and Eustace armed himself with an axe handle and dealt Thompson a blow to the head.

The injured man was picked up in an unconscious state and rushed to the Lethem Public Hospital. He was later transferred to the Boa Vista Hospital in Brazil, where he succumbed to his injuries.