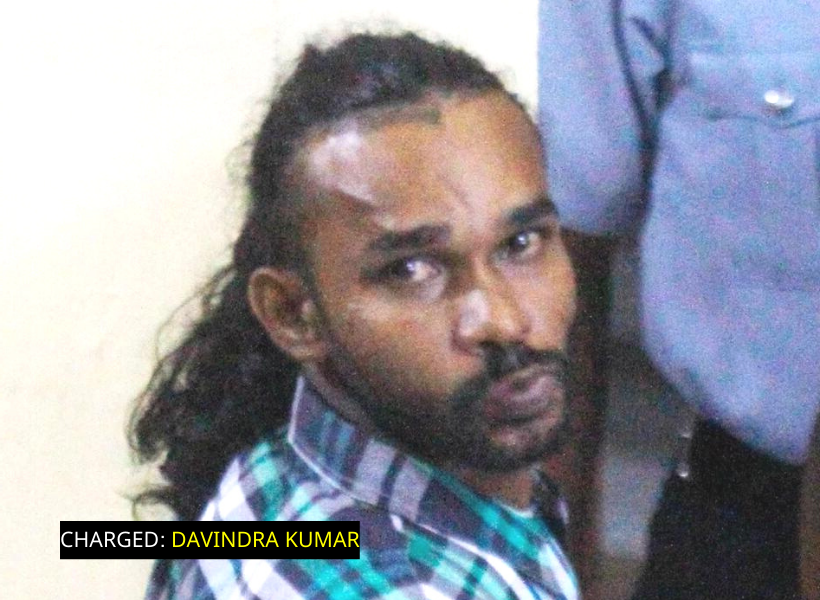 “Me and he been drinking at a rum shop and he start telling me about me wife and wha he does do to her,” were the words of man who admitted to stabbing his friend during a drinking spree.

He pleaded guilty with explanation to the charge which stated that on November 11, 2019, at Regent Street, Georgetown, he unlawfully and maliciously wounded Terrence Forde with intent to maim, disfigure, disable or cause grievous bodily harm.

Kumar, in addressing the court, stated, “Imagine this man is my friend and he keep telling me wha he does do my wife. I get vex so I get up and I go in the market. While in the market, he followed me and continued to provoke me so I pull out a knife and stabbed him.”

However, facts presented by police prosecutor Simeon Brown stated that on the day in the question, the men, who are known to each other, were on Regent Street drinking alcohol. However, shortly after the men got into an argument and the defendant pulled out a knife from his waist and stabbed him to the chest. The matter was then reported and the defendant was arrested and charged for the offence.

The defendant informed the court that he and the victim have been talking and the victim is willing to accept $300,000 compensation to end the matter.

The Magistrate, after listening to both sides, released Kuman on $70,000 bail. He was instructed to make his next court appearance tomorrow to hand over the compensation to the victim.

Failure to compensate the victim, the Magistrate will sentence him tomorrow.