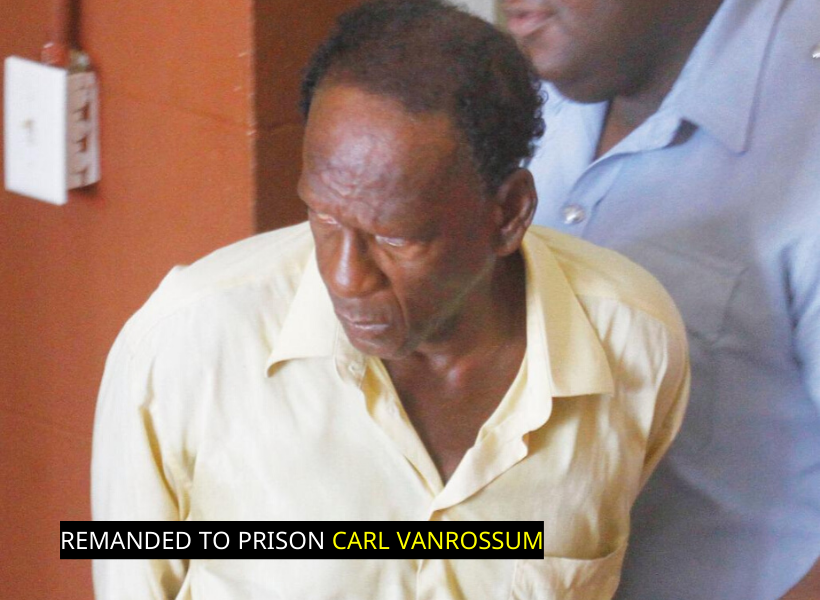 A father of 10, who is accused of having an unlicensed firearm in his possession, was moments ago remanded to prison for the offence.

The elderly man denied the charge which stated that on November 25, 2019, at South Road, Georgetown, he had in his possession one .38 revolver when he was not the holder of a firearm license enforced at the time.

The man was repressed by Attorney-at-law Stanley Moore who asked that his client be released on reasonable bail.

The lawyer told the court that his client found the firearm in a pile of garbage and was taking it to the station.

However, police prosecutor Seon Blackman objected to bail being granted to the defendant on the grounds of the serious nature of the allegation and the penalty the charge attracts.

Facts presented by the prosecutor stated that on the day in question, around 12:00 hrs, police received information that an elderly man was walking along South Road with a gun in a plastic bag.

A party of policemen then went to the location where they made contact with the defendant. A search was then carried out on his possession and the alleged firearm was found in a plastic bag.  He was then arrested and taken to the station, hence the present charge.

The Magistrate, after listening to the facts, remanded the defendant to prison.

The father of 10 was instructed to make his next court appearance on December 11.