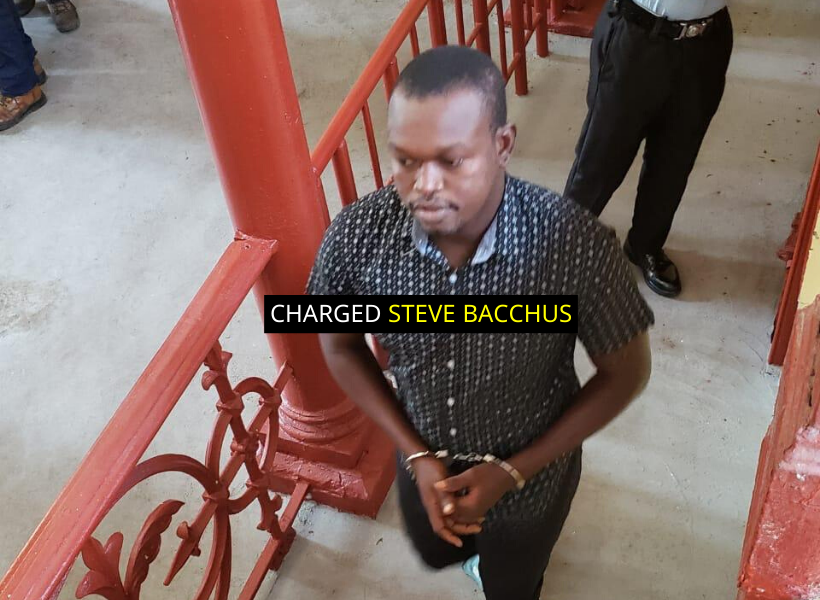 A man, who police had issued a wanted bulletin for in relation to 77 lbs ganja, AK-47, pistol and 66 ammo, was moments ago released on $5,000 bail for being in possession of six grams of marijuana.

He denied the charge which stated that between November 24 and November 25, at North Sophia, Georgetown, he had in his possession six grams of marijuana.

Bacchus was represented by Attorney-at-law Dexter Todd, who asked that his client be released on reasonable bail.

The lawyer told the court that a wanted bulletin was issued for his client. As a result, the lawyer said he turned his client into the police.

The lawyer added that while at the station, his client was subjected to a video interview and he denied any knowledge of the marijuana, guns, and ammunition.

The lawyer further stressed that he is unclear as to where the police found the six grams of marijuana as he was the one who took his client to the station.

However, the court Prosecutor objected to bail being granted to the defendant on the grounds that police are still carrying out investigations in relation to him having illegal arms, ammunition and marijuana.

She also mentioned that he will be charged no later than next week. The prosecutor stressed that if bail is granted to the defendant it is likely that he will not return to court for the trial.

The Magistrate, after listening to both sides, released Bacchus on $5,000 bail. He was instructed to make his next court appearance on December 9.

Last Thursday, Bacchus’s uncle and his reputed wife were charged after they were busted with a quantity of narcotics, arms, and ammunition at their Sophia home.

They were remanded to prison.

The first charge stated that both of them, on November 25, 2019, at GPL Reserved, North Sophia, Greater Georgetown, had in their possession 34 kilograms 750 grams of marijuana for the purpose of trafficking.

The second charge stated that on the same day and at the same location, Bacchus had in his possession 66 rounds of ammunition when he was not the holder of a firearm license enforced at the time.

It was further alleged that on the same day and at the same location, he had in his possession, one AK-47 and one pistol when he was not the holder of a firearm license enforced at the time.

Both defendants pleaded not guilty to the charges.

According to information, on the day in question, police, acting on information, went to the home of the defendants’ to carry out a search.

The court heard that when the ranks were approaching the home, one of them observed Bacchus throwing a wrapped parcel in a nearby trench. The parcel was retrieved and the arms and ammunition were unearthed.

A further search was carried out and more narcotics were found in the couple’s bedroom.

The prosecutor objected to bail being granted to the defendants on the grounds of the prevalence of the offence and the penalty the charges attract.

The Magistrate remanded the couple to prison citing that no special reason was highlighted.