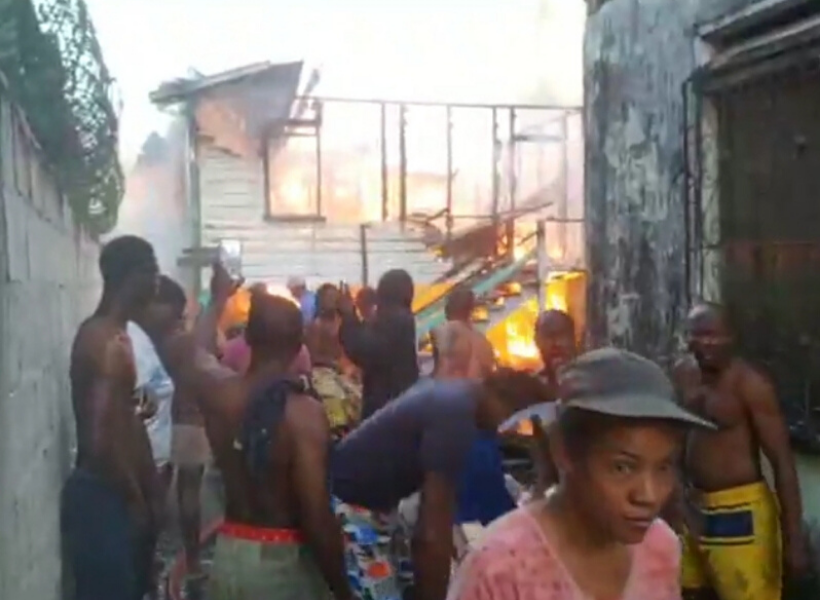 Several Bent Street, Georgetown families were left counting their losses this morning when their homes went up in flames around 05:00 hrs—just weeks before Christmas.

A member from the Guyana Fire Service (GFS) confirmed that three houses were destroyed while three adjacent buildings were scorched by the blaze which is suspected to be an act of arson.

The fire started in one of the rooms in a back building located at Lot EE Bent Street. The two other houses in that yard were also destroyed. Neighbouring buildings at the sides were scorched. 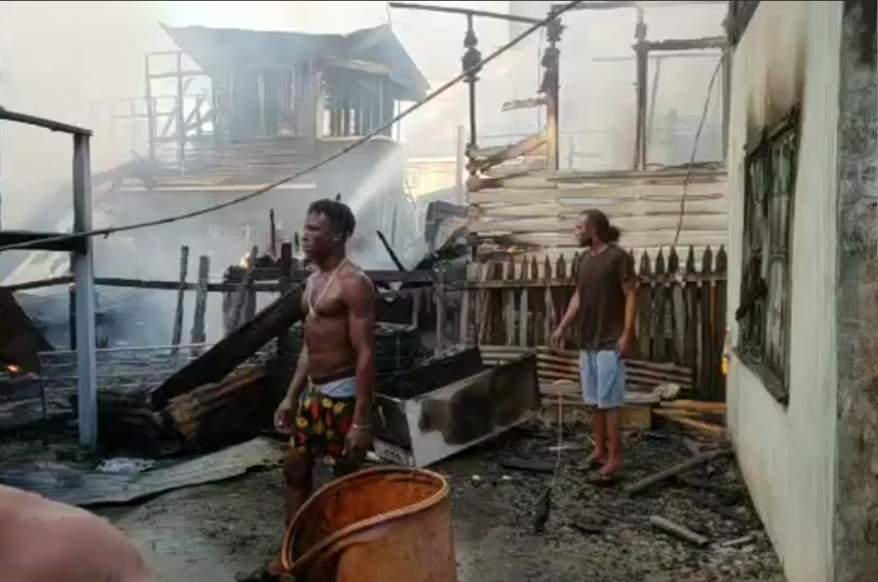 The blaze started in the house where Natasha Morrison and her two children were renting. The woman said that the smell of smoke woke her and when she got up, she saw fire at the window.

She claimed that by the time she got water to throw on the fire, it was already too late so she had to quickly wake her children and rush out of the house.

According to Morrison, there is no electrical point where the fire started and she believes that it was an act of arson. While she said there is no one who would want to harm her family, she is not ruling out her landlord.

Morrison explained that she and her landlord are currently engaged in a dispute over the property. This information was passed on to both the police and the GFS.

Up to press time, fire fighters were still inspecting the scene.