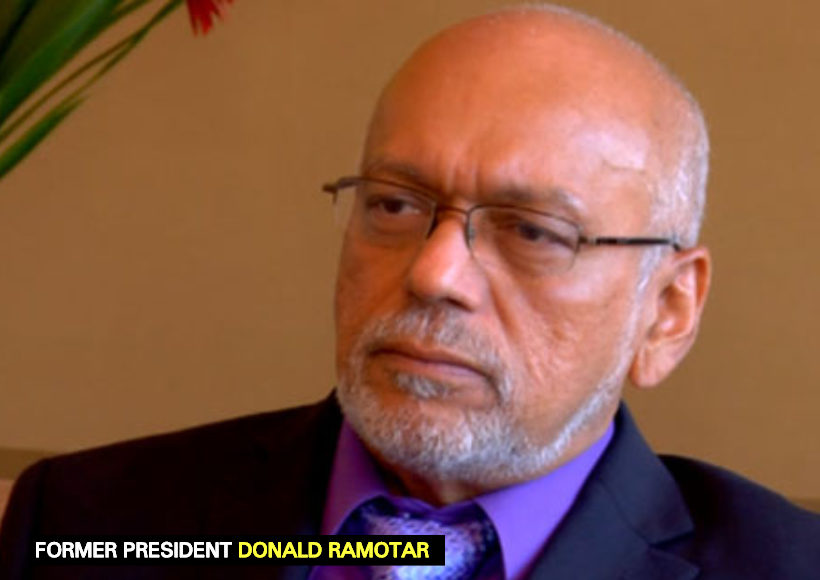 In a few weeks, Guyana is expected to assume its status of being a full-fledged petro-state. As such, whichever government wins the March 2, 2020 elections would have to interface with powerful, international companies.

In light of this, former President, Donald Ramotar is warning that the government chosen to represent the country’s interest is important. He stressed in a recent commentary that was published on Facebook that a weak government can create instability and would be a huge obstacle to progress.

But what is worse Ramotar said, is the possibility that under a weak and undemocratic government, Guyana could become the playground for these companies.

Specifically, the former Head of State said, “Remember that we will in the immediate future be an oil-producing country. We will have to deal with very powerful international companies with revenues bigger than the Caribbean states combined. That group would have the resources to finance parties and ensure that the major companies have the power because of the parties they could control.”

He added, “Weak governments and undemocratic regimes can (therefore) turn our country into a playground and our people playthings in the hands of mighty transnational companies…”

Ramotar opined that the best way forward is to have a strong, democratic administration that seeks to build consensus to deal with international capital and to give Guyana and its people the best conditions for socio-economic progress.

History and experience, he firmly asserted, have shown that only the People’s Progressive Party/Civic has the capacity to stand-up for the good of the whole nation.

“A strong PPP/Civic is (therefore) indispensable for our nation,” the former President concluded.