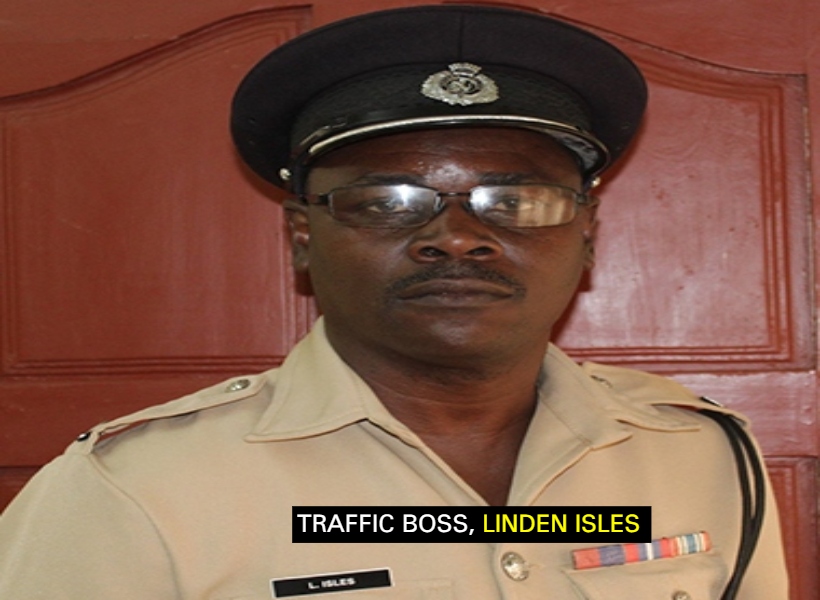 “116 deaths are too many; we cannot have more lives taken”—Traffic Chief

Determined to prevent further deaths on the country’s roadways, Traffic Chief, Linden Isles and his ranks are working tirelessly to put measures in place so that there can be a joyful and tearless Christmas.

With 116 deaths for the year thus far, Isles said that his ranks are spread all over the country, carrying out random breathalyzers—this is being done in an attempt to get drunk drivers off the road.

There will be nightly patrols between the hours of 18:00 hrs to 02:00 hrs—this is the time when most people will be heading home from entertainment spots. “We can’t afford to have more deaths on the road so during this time we will be targeting drunk and speeding drivers.”

Isles explained that these patrols will be crisscrossing each other until it is time for them to return to the station.

“So what we would have is a vehicle patrolling the West Coast and then comes to the East Bank and then East Coast. This will happen in the other areas too. Berbice patrol will come to the East Coast and so on,” the traffic boss said.

Furthermore, Isles noted that ranks will be making checks at the various entertainment spots to see whether intoxicated persons will attempt to drive off. Persons are advised to call the police if they notice drunk drivers on the road.

Guyana Standard was informed that the ranks will continue to target speeding mini buses and cars with loud music. To monitor the traffic, ranks have already been deployed at strategic locations.

Isles said that 90 percent of the fatal accidents were caused by drunk and speeding drivers. He pleaded with drivers to use the roadways in a safe manner. He said, “Take your time on the road. Do not speed and risk your life and the lives of other pedestrians. Take your time!”