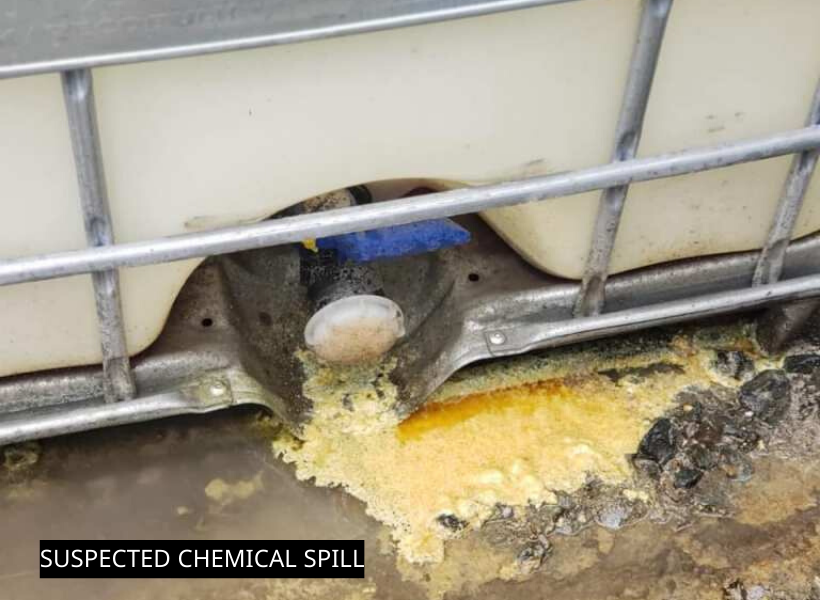 Chief Executive Officer (CEO) of the Guyana National Industrial Company Incorporated (GNIC), Clinton Williams, has confirmed that the chemical spill that occurred at the wharf earlier today came from a container that belongs to Schlumberger.

The name of the chemical is “Rheduce” and it is said to be non-hazardous, non-toxic and harmless to human and marine life.

Guyana Standard has been informed that a container with the chemical was stored in a designated area at GNIC terminal. However, during handling of cargo yesterday, the container was ruptured.

GNIC’s head said that the chemical leaked but accumulated in a small area around the container. By the time corrective action was taken to mop up the substance, the rain came and caused it to spread around the area and into the public drainage.

This led to customs panicking in the circumstances with the terminal being closed. The Civil Defence Commission, Environmental Protection Agency (EPA), the Guyana Police Force and the Guyana Fire Service visited the site and ensured a proper clean-up of the area.

GNIC said that a number of actions as advised by the relevant authorities to mitigate against such re-occurrence have been initiated.

“We regret the inconvenience to the public. We are currently in talks with the Environmental Protection Agency regarding mitigating measures to be employed moving forward,” GNIC said.

EPA will also advise on the reopening of the wharf as soon as possible.