Home News GGDMA, Gov’t teaming up to phase out mercury in mining sector 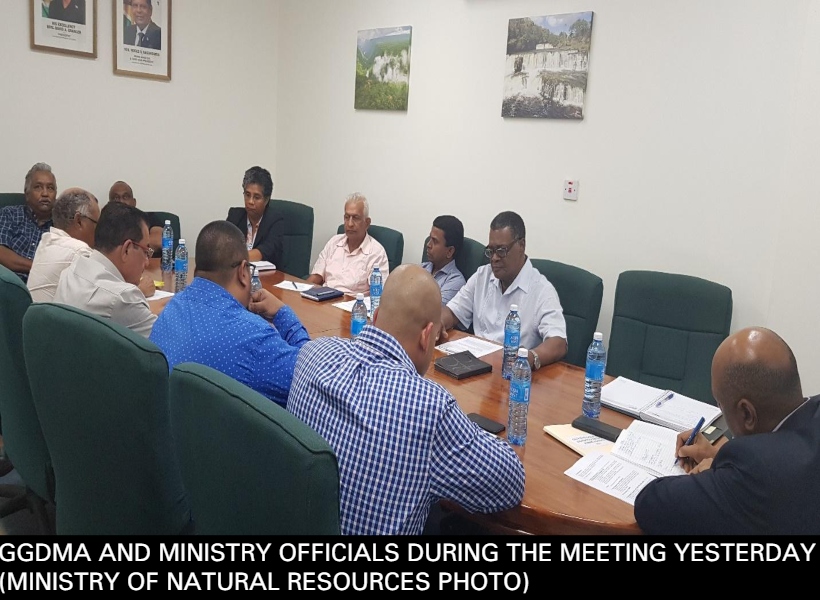 The Minister of Natural Resources, Raphael Trotman has endorsed a proposal from the newly elected Guyana Gold and Diamond Minners (GGDMA) President, Andron Alphonso, for a pilot project that will support Guyana’s efforts towards the phasing out of mercury use in keeping with the country’s commitments in the Minamata Convention.

The endorsement was made during a meeting that was held yesterday between the GGDMA and ministry officials to discuss areas of collaboration and issues to be addressed in Budget 2020.

The project will integrate international recommendations for the reduction of mercury in the sector to test their viability in conditions resembling those encountered by small and medium scale miners at interior locations. Once completed, the findings of the pilot programme will be made public and used as a basis for further work towards the reduction of mercury use.

Minister Trotman expressed his appreciation to the GGDMA for the initiative taken to address mercury use in the sector and noted that the project proposed can potentially transform the sector by helping miners to better understand and embrace improved techniques that support the use of alternatives to mercury in mining.

As a next step, representatives from the Ministry of Natural Resources and the GGDMA will work expeditiously on a framework that will incorporate the proposal shared.

Additionally, the GGDMA executives thanked Government for the work done to date on hinterland roads and bridges, and called for stricter enforcement measures to prevent over-laden trucks from using roads to the detriment of others.

Minister Trotman, in turn, agreed, among other things, to vigorously pursue initiatives to broaden tax concessions for mining equipment, to extend the current amnesty for payment of fees and penalties and for enhanced security in the hinterland as new threats and challenges emerge.

The two sides ended the meeting expressing satisfaction with its outcome and look forward to continued engagements that are expected, as well, to include, a follow-up engagement with President David Granger.