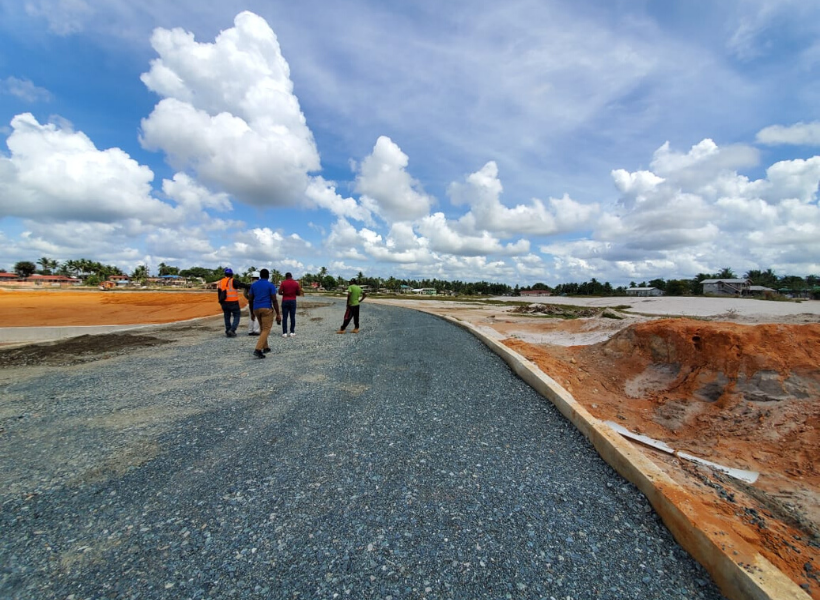 Reports of theft were made ever since construction began back in January.
The project, which is in the third of four phases, has been minimally hindered by the loss of a quantity of building materials, which include drainage pipes, sand, security fencing, crusher-run, stone, steel rods, fuel, truck batteries and even security lights, the Department of Social Cohesion reported.

In a missive to the media today, it was noted “The Ministry of the Presidency, Department of Social Cohesion, Culture, Youth and Sport remains disappointed by the actions of some residents, as these reflect poorly on the Bayroc community, Linden and Guyana as a whole. The Ministry wishes to remind Lindeners that the synthetic track project is a massive multi-million-dollar investment geared at enhancing the community’s athletes.”

Once operational, the state-of-the-art facility is expected to attract multiple developments for Linden and its people. As a result, the Ministry expects residents to respect and treasure the facility.
The matter has been reported to the police and security reinforcements have been installed.

“Regrettably, as a precautionary measure, residents of Linden are asked to desist traversing the site. This restriction is being implemented as a means of maintaining the integrity of ongoing works,” the statement concluded.