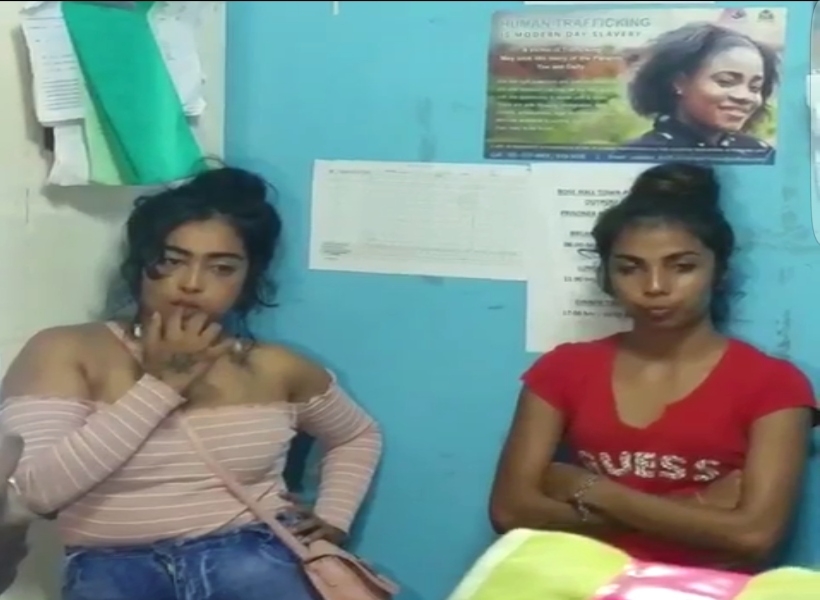 “Mona and Tina,” the two sisters who became viral sensations—when a video went public of them bashing and threatening to have ranks at the Rose Hall Police Station fired—are now receiving help to cope with depression.

With the intervention of Minister within the Ministry of Presidency, Simona Bromes, the sisters, Yasminie Ramsew, 22, called ‘Tina,’ and Hemwattie Singh, 28, called ‘Mona’
were assessed by Trauma Recovery Coach, Sharmain Prince.

They are now being treated by persons certified to deal with mental health cases. The sisters have both admitted that they have been battling with depression for sometime. They apologized to the ranks, who they insulted and threatened to have fired and blamed their actions on their mental health issues.

“We apologize to everyone for the racial slangs and the way we behave. We are not trying to justify our actions but depression is very hard to cope with,” Singh said during her meeting with Minister Broomes.

The sisters said that they have been dealing with a lot of problems in their lives including domestic violence, divorce and being raped.

Minister Broomes said that she could not refuse the sisters’ cries for help. “I cannot have two young girls reaching out to me for help and turning a deaf ear or a blind eye. I have to give them a hearing.”

Together, the sisters faced 10 charges when they appeared at the New Amsterdam Magistrate’s Court.

Guyana Standard has been informed that Ramsew hit someone’s car and drove away. Their vehicle was later stopped by ranks doing patrol duties and they were escorted to the station where their outburst occurred.