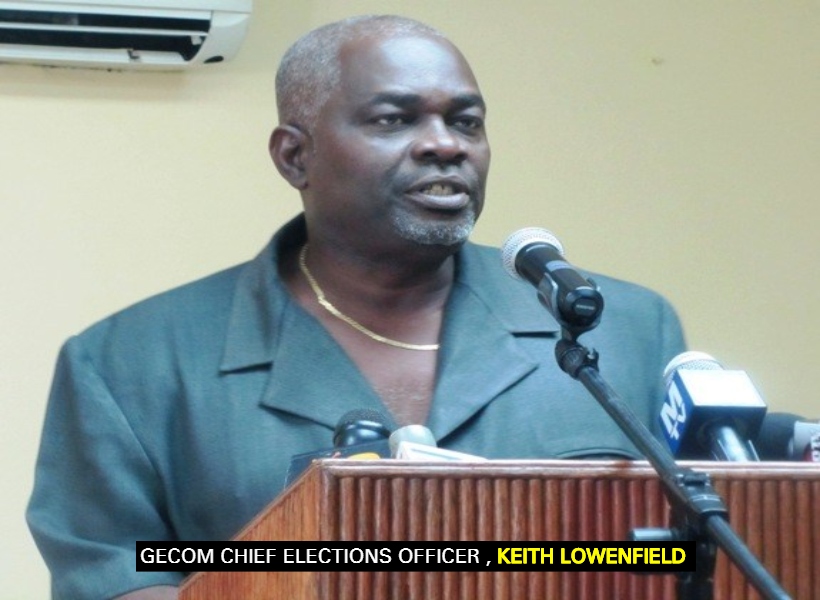 That was the reason given by the Chairperson of the Guyana Elections Commission (GECOM), Justice (retired) Claudette Singh, as she defended her decision to support the opposition-nominated Commissioner to commence the field verification process to ascertain the veracity involving the 16,400 supposed new registrants produced by the truncated house-to-house registration process.

The exercise commenced today and will conclude on Sunday.

Chief Elections Officer (CEO) Keith Lowenfield, in his remarks noted that the move was to ensure that the list is credible.

He met with the Chief Scrutineers of the parties today, where the conduct of that exercise was operationalized.

“The exercise seeks to confirm the identities of 16,300 persons (approximate), working along with our staff and members of the scrutineering teams, we will be moving to ensure that persons are found, if not found then the Commission at the next statutory meeting on Tuesday, the 24th of December, will deliberate on further actions to be taken for those persons not found,” the CEO said, while adding that the teams will be making notes of individuals who are not at home during the verification exercise.

Lowenfield informed the media that during the secretariat’s disaggregation, the largest area is on the East Coast with 2000 verifications needed, followed by South Georgetown, 2,106; North Georgetown, 1,528; Parika, 1,241, and the East Bank of Demerara, 1,428.

While it is unbudgeted, the agency has the resources to conduct the exercise, the CEO confirmed. The funds will come from monies that were not spent following the cancellation of the house-to-house exercise.

“Savings were accrued from that exercise and is still with GECOM that we can utilize. So, we’ve had savings on the registration exercise, that was truncated,” he noted.