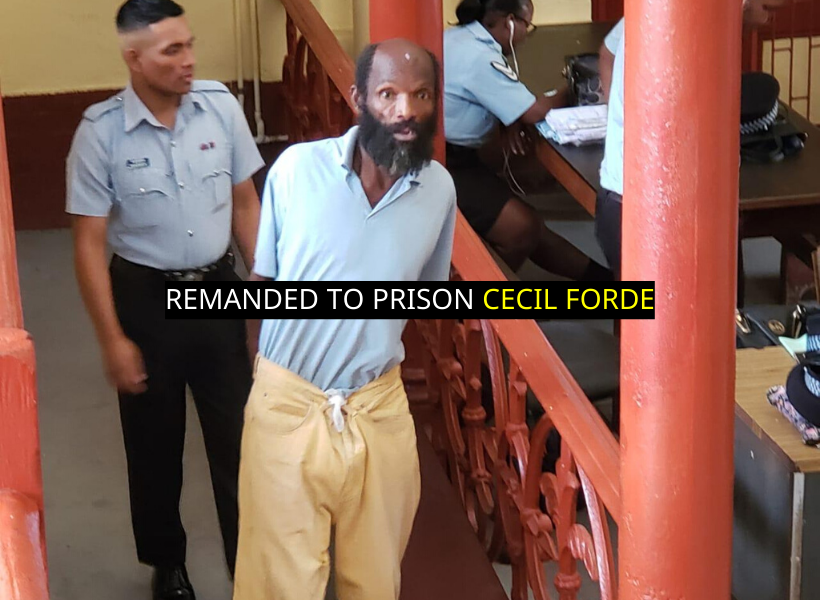 A man who broke into a woman’s home and stole a quantity or articles, was today charged and remanded to prison for the offence.

The unrepresented man pleaded not guilty to the charge which stated that on December 8, 2019 at 747 Avocado Place, South Ruimveldt, Georgetown, he broke and entered the dwelling house of Sonia Aaron and stole two gas cylinders valued $50,000, 12 zinc sheets valued $12,000 and a quantity of clothing valued $142,000.

The victim who was present in court stated,” I woke up to the noise and when I saw him in the yard with my stuff I shout out to him. The man just look back at me and continued what he was doing.”

Facts presented by Police Prosecutor Seon Blackman, stated that on the day in question, the victim secured her home and went to bed.

Shortly after she was awakened by a noise and upon checking, she saw the defendant in her yard throwing items over the fence.

An alarm was then raised and the defendant jumped over the fence and made good his escape. The matter was then reported and he was later arrested.

An identification parade was then conducted and he was positively identified by the victim.

Prosecutor Blackman strongly objected to bail being granted to the defendant on the grounds of the prevalence of the offence and the fact that he was positively identified. The Magistrate then remanded Forde to prison until January 15, 2020.